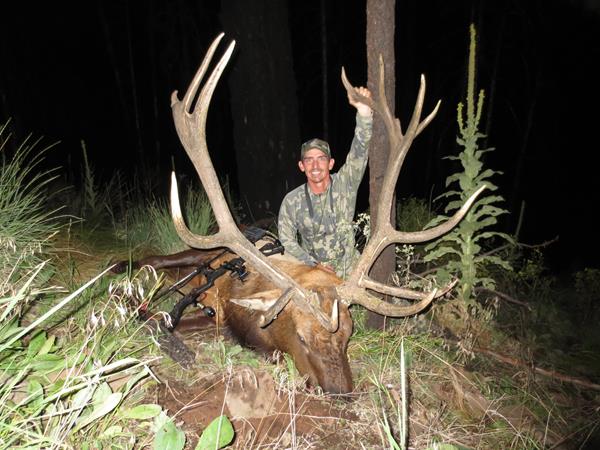 For me, 2015 was one of those seasons every hunter who applies for multiple states both dreads and looks forward to. I will quickly run down the list of draw tags I had this year: Utah archery elk, New Mexico archery antelope, Arizona archery elk, Colorado muzzleloader elk, Wyoming deer, Montana general deer, Utah general deer, and Idaho controlled deer. This was the year when the stars aligned and it seemed like I drew almost every tag I applied for. I had to turn back some of my tags that had overlapping dates and ended up eating one tag where I couldn't turn it back in. This is a problem that 90% of the time I don't worry about on draw type tags as most draw systems are unpredictable and unless you are in the max point pool you can't guarantee that you will draw.

I will typically put in for easier to draw tags across the board and in most states except for certain species that I am just building points for or the state has a limited number of quality units. With the great spring and summer moisture we received this year, especially in the northwestern states, I will for sure be trying to secure tags in Idaho and Wyoming this next year for mule deer and antelope. Both of these states are showing great potential in the quality and quantity of mule deer. The best signs of this are coming out of the southeast portion of Idaho and the southwest portion of Wyoming. It is just a matter of time before these areas have another severe winter and we have to start all over again, so my philosophy is to hunt these areas as often as I can until that happens.

I have been banking points in Colorado for the last 3 years for 2016. Dates are setting back in 2016, and the third and fourth seasons will be as late as they have been for the last 5 years. Weather will still play a crucial rule in these late rifle seasons, but with 9 days of hunting during the first two weeks of November on the third rifle season, there should be at least some rut activity during this rifle hunt. Obviously, the fourth rifle season should see good rut activity, but with only 5 days of hunting, hunters will have to make it happen fast. In 2012 through 2014, third rifle seasons were all pretty tough with not enough snow to push the bucks into the low country but just enough to make it difficult to access the high country where bucks were holed up. The bulk of the mature bucks hit the dirt during this season as there are still a lot of tags in most units and bucks can become vulnerable if cold, snowy weather comes early. This has saved a lot of older age class bucks over the last few years and could make for a banner year in 2016.

Since I cashed in my points in Arizona in 2015 for elk, I will most likely be putting more emphasis on deer for this coming year. I was almost at a point that I could've drawn a muzzleloader tag for the Kaibab, but with the AZGFD tag allocation for nonresidents, I will most likely be playing catch up for quite a few more years. I am now forced to decide if I want to wait for potentially 14 more years in anticipation of getting lucky in the draw for a trophy Mule deer tag or simply cash in my points on a trophy Coues Whitetail tag right now. I am still undecided, but Arizona has sure thrown a kink into things with the 50/50 rule change.

I will, of course, stick to the straight and extremely narrow path of sheep, moose, and mountain goat applications in hopes of one day hunting one of these once-in-a-lifetime species because you just never know when you might be the one to draw more tags than you have time for.