What Are Membership Drives?

We recognize that true once-in-a-lifetime hunts are out of the price range for most hunters. That’s why we love making the most sought-after hunt opportunities a possibility through our Membership Drives. We purchase more than $600,000 worth of coveted hunts from the best outfitters in North America for species such as bighorn sheep, brown bear, moose, elk, deer, and more. Then, we provide an opportunity for our membership to participate in a drawing for these hunts by referring their friends and/or by purchasing additional chances. We love making hunters’ dreams come true on our draw dates for these incredible hunts! 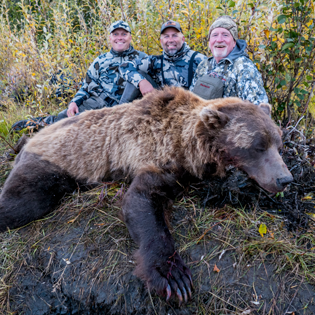 Much to my surprise, I won an Artic grizzly bear hunt when I signed up for Huntin' Fool and referred my son, who was standing next to me at SCI in Vegas. I can honestly say that this was one of the best hunts I have ever been on. I would like to thank Austin, Jerrod, Alaska Dall Sheep Guides, and Huntin’ Fool for an outstanding week of hunting.
—Craig S. 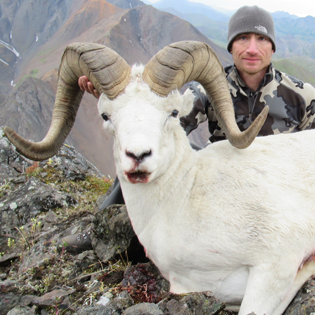 Had a great time with Litzen Guide Service. Mike runs a first class operation and would be my first choice on a return hunt in Alaska. The ram went 37.5" with 14.5" bases at 9 years old.  I couldn't be happier with the entire experience.
—BJ L. 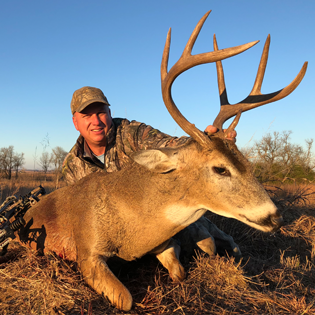 I was so surprised when Huntin’ Fool called to tell me I had won one of those seemingly impossible to win hunts in the Membership Drive. I had won the hunt from Kansas with Jerry Meacham at Caney Creek Outfitters. It was one of the greatest experiences that I could ask for. Thank you Jerry Meacham and Huntin’ Fool for providing me with a hunt that will always be in my best memories!
—Scott B. 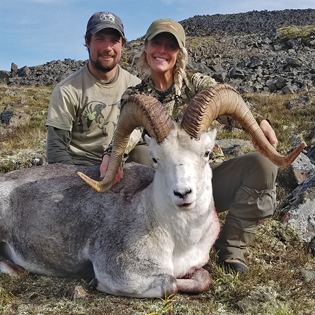 I received a phone call from Huntin’ Fool telling me my $300 investment at the Western Hunting and Conservation Expo had paid off in spades. I ended up taking a ram that was 14 years old, tying him with one other ram as the oldest that had been taken at Deuling Stone. Many thanks to Deuling Stone for memories-of-a-lifetime and Huntin’ Fool for this amazing opportunity.
—Jessica G.
VIEW A LIST OF PREVIOUS WINNERS > > >