The Seasonal Phases of Year-Round Conditioning 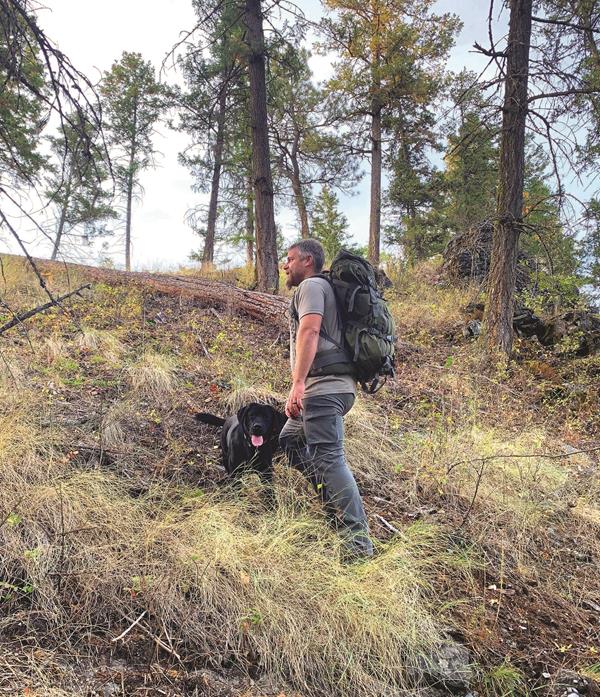 For many of us, physical preparation doesn’t begin a few weeks or even a few months before the hunt. Instead, it is a year-round commitment driven by past seasons’ successes and failures along with the anticipation of the next hunt. Those beginning to train four to six weeks prior to a hunt are cutting themselves short. While there will certainly be gains on the cardiovascular side over this timeframe, strength gains will be minimal as most of the changes to muscle tissue over this period will instead be towards neurological recruitment. Measurable strength gains, the type of stuff that’s going to pay off on extended

days of climbing mountains with weight on your back, won’t begin until after this time period. Those looking for next level fitness on their hunts need to be moving to a year-round training program. When I say year-round training, this isn’t simply afourdaysaweekinthegymfor52 weeks a year thing. Instead, a continuous training regimen should be broken down into four separate phases throughout the year, each around three months long.

This is the time of year we’ve been waiting and working for all year. The goal during hunting season is to simply maintain conditioning levels. This is not the time to be working on a new deadlift max; the risk of injury is not worth the reward in gains. We are just trying to stay healthy and reduce injury probability. Low-intensity and short-duration training days should precede scheduled hunts so that we are fully recovered and rested for our time in the field.

This is the active rest phase. It is also the time period that derails most year-round programs. Hunting season is over, and we’ve checked out of hunting mode with next season’s hunts being almost a year out. Taking a break from the gym now will be at the expense of losing much of our hard-earned gains of the past year. Instead, we are just trying to stay active and take it down a notch. The objective now is to scale back weight training and mix things up with different kinds of exercises. Avoid the types of specialty movements and training that you will be focusing on over the next two seasons. This is to help avoid burnout, both mental and physical, as well as give your muscles and joints a recovery period that will help avoid overuse type injuries.

Now is the time to build the foundation needed to maximize gains over the upcoming final push. The goal now is to begin getting back into the routine of specific movements and exercises that will contribute to better performance in the field. There should be an uptick in intensity along with incorporating more weight training into your program. An emphasis on core strength should also be included as it will be needed to maximize overall strength gains and help prevent injury. The off season is the time to be putting in the homework that sets us up for the final and most important push before hunting season.

Go time. Motivation comes easier now with our hunts right around the corner. This is the home stretch, and it’s time to go all in on intensity. We’ve worked all year to put ourselves in a position to see big gains between now and hunting season. It’s time to work in high intensity interval training that will spike our heart rates as well as some sustained endurance exercises, ideally at least 40-60 minutes in length. Now is also the time to be going after new personal bests with our weight training. This regimen should continue until three to four days prior to the hunt to allow muscles to be fully recovered and in optimal shape going into the hunt.

While the seasonal phases of conditioning are fairly straight forward, the options for specific training programs are endless. Between all the exercises that fall under each of the flexibility, cardio, strength, and cross training categories, choosing which movements and exercises to focus on can be difficult. Certainly, the more of each you can incorporate, the better. In my opinion, the three most important movement- specific training exercises for hunting are walking lunges, weighted step-ups, and hiking with a weighted pack. For the hikes, make sure to gradually increase frequency, duration, pack weight, and elevation gain during the off season and especially the pre- season. It is also important to lace on your hunting boots to condition your feet along the way. By hunting season, I’m shooting for a 3,000-foot gain in three miles with a 55-pound pack and to be to the top of my climb in two and a half hours.

We’ve all been there, having your butt handed to you on the mountain is no fun. Being worn down before a hunt is over is frustrating and will hurt your chances of punching your tag. It can also detract from the enjoyment of the hunt. For these and many other reasons, a year-round training program is going to put you in the best position for success in the mountains. No matter the program you choose, the bottom line is that year-round consistency is more important than even the best short- term program. Fitness is a slow, deliberate, and consistent gain. If you haven’t already, this is the time of year to begin training for next season’s hunts. By doing so, you will be putting your best days in the mountains ahead of you.