Hunting with My Brother 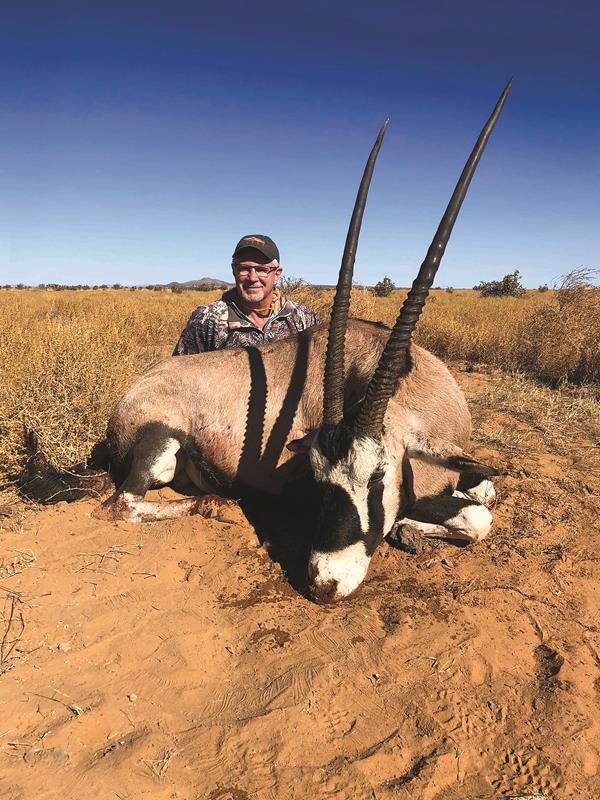 Ever get those calls from Huntin’ Fool asking you if you would like to purchase some entries for so many amazing hunts? I have. Sometimes I have a little extra discretionary cash available to play, and other times I don’t. This time, I had a credit of one entry as I had referred a new member to Huntin’ Fool and decided to buy a few more entries. I am always attracted to the hunts for two hunters as I thought it would be fun hunting with my brother out west. He had never had the chance to go out west, and winning a hunt for two would open the door for him to join me. The entries I bought were for oryx on a private ranch.

In 2020, I had the opportunity to hunt oryx on the WSMR and learned so much about these amazing African animals. Well, I was one of the lucky winners of the July 2021 Membership Drive and won the oryx hunt for two hunters with Tierra Encantada Hunts on a private ranch bordering the White Sands Missile Range with over 350,000+ acres. As you can suspect, my brother was so excited to join me on a western hunt and all the planning began immediately. We discussed what rifle caliber to use, what clothes to wear, (having never been on a guided hunt) what to expect from the outfitter and guides, what type of hunting approaches would be used, what the weather would be like, and so on and so forth as we all do in preparing for an adventure out west.

The ranch was huge and held hundreds if not thousands of oryx. I really don’t know how many because we only covered a small section of the ranch before both of us had harvested our trophies. Roger Gabaldon, the outfitter, and his family, Teresa, Pete, and Jude have decades of experience guiding hunters and were a pleasure to spend time with. They know the terrain and animal behavior and have the ability to quickly assess gender and horn length of these magnificent animals and create an everlasting experience for the hunter(s).

My brother and I both were able to complete multiple stalks on these animals to either get a closer look at a potential trophy or set up and harvest the trophies we brought home. On the third day of the hunt, my guide, Pete, and I found a herd of oryx with multiple shooters, and after one unsuccessful stalk and the herd running away from us, we repositioned and attempted another stalk. These animals are tough, and after multiple hits, I was able to harvest a mature bull with Pete guiding me through every step of the encounter. As I learned later, my brother had also had an opportunity and missed, which in hindsight was a blessing as I was able to join him on day four. With Jude, his guide, I was able to join him for his stalk and successful harvest of a mature oryx.

My brother and I had so much fun together, including the travel from the Midwest to New Mexico and back home through torrential downpours and tornado-like winds, the amazing food we had en route to camp and during the hunt, and the discussions of our experiences each of us had during the hunt. To have the opportunity to join my brother for his first western hunt and successful stalk was something we will both reminisce over many times with family and friends and between ourselves. Sometimes, things can go awry on a hunt, but not this one. Everything went super smooth, and we appreciate all of the efforts of the Huntin’ Fool staff and the Gabaldon family’s efforts to make this hunt a memory we will cherish for a lifetime.