No Pack Horses, No Mule, No Guides, No Problem 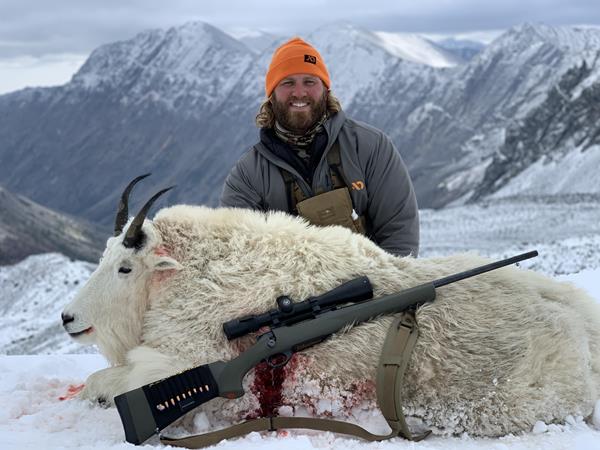 This journey all began the summer of 2018. At that point in my life, I had been living/working in Houston, Texas for a year. Minus one great group of friends, Houston was not a good fit for this small town, central Texas country boy. As far back as I can remember, everything was centered around my family and some sort of hunting trip, whether we were chasing ducks, loading up and heading to the deer lease for wild pigs and whitetail, or going on Christmas vacation in the Texas panhandle with a side of hunting pheasants. Long story short, I was not happy in Houston; therefore, I started applying for jobs out west. I have found in my 28 years on this earth, many people talk about big, grand ideas, but very few put those plans to fruition. July of 2018, I accepted a new job offer and packed up my little 700 sq. ft. Houston apartment and moved to Sheridan, Wyoming. Little did I know how the next two years were going to shake out.

2019 was spent shed hunting, hiking, a little fly fishing, and anything else outdoor/hunting related, trying to learn more about this wild new place I now call home. If you really want to test out your hunting skills, move to a totally different state and start chasing game you have never chased before. That fall, I chased elk in Colorado and elk and mule deer in Wyoming, where I ended up harvesting my very first mule deer buck with a bow that fall. I was in love.

Winter of 2019 into the first months of 2020, I was beginning my research for areas to apply for the upcoming year, every species I could. This is where the whole story starts to unfold. I pounded all the resources I could find - onXmaps, Huntin’ Fool, you name it. I whipped out my fantastic plastic (credit card) and applied for every tag Wyoming had to offer. I’m a firm believer in the famous Wayne Gretzky quote, “You miss 100% of the shot you never take.” Life is full of unexpected/great opportunities, but you cannot let the fear of failure keep you from trying. The results came back, and I somehow drew every tag I applied for, minus moose and bighorn sheep. I drew a mountain goat tag, a great elk tag, a solid antelope tag, and an extra whitetail tag. This is no scripted Outdoor Channel, Youtube sensation, popularity contest, sponsored scenario. This is the definition of an “Average Joe” literally watching his dreams come alive right before his own eyes.

Meantime, while all this was going on, it was now spring of 2020. This date will resonate with humans across the globe for years to come. The Covid-19 pandemic. Not to bore you with any more non-hunting related items, but at this same time, I got laid off from work. Yes, the great job I had just moved here for. Stuff happens. It honestly couldn’t have happened at a better time given my wild upcoming hunting season. Call it luck, call it Divine Intervention, call it whatever you want, but my fall 2020 hunting season was shaping up to be one to remember.

July 2020, we made our first scouting trip over. The amount of grizzly bear scat we encountered was enough to fill a Walmart grocery bag at least three times. Luckily, we never saw or had an actual face-to-face encounter. If you have never spent much time in grizzly country, the uneasiness is on a different level. You must be methodical about each and every thing you do. The simple task of taking a squat behind a tree after your morning coffee suddenly becomes a much bigger deal. Now you throw in a couple trips, a couple hundred hiking miles combined with a couple thousand driving miles and we had a sort of a game plan in place. We saw dozens of bighorn sheep, some amazing country, summited a couple peaks, and found a couple dozen mountain goat herds. Our only dilemma at this point was that we had yet to 100% confirm a billy. This tag was for either sex, but everyone wants the iconic billy. Anyone who knows anything about mountain goat hunting knows that this is one of the hardest tasks to accomplish. Due to both sexes of mountain goats having extremely similar physical characteristics, it makes it quite the challenge to decipher between the two. We also realized during our scouting trips that we needed to lay off the beers and Little Debbie snacks as the places these goats live has got to be some of the most rugged country in the lower 48. All I can say is that if you think you are in shape, train harder.

Fast forward through the months of August and the first two weeks of September in which I harvested my first antelope and my first bull elk, but that is a whole story in and of itself. Two days before the mountain goat season, I rendezvoused at base camp with my Wyoming buddy, Coy Trumbull, my old Texas hunting partner, Blake Barnes, my dad and my brother up from Texas, and a good family friend, Tod Clark. With Tod being a retired Army veteran and an absolute gun nut, he is the ideal kind of guy you want with you in the grizzly bear woods.

The day before the opener, we made our way up to our glassing point where we had seen several goats before. Much to our surprise, we glassed up a nanny and a kid across the canyon from us. A little while longer, we glassed up three stud bighorn sheep rams. A couple hours later, Coy called out, “Billy!” It was the moment we all had been waiting for. We finally laid eyes on four of the most majestic Rocky Mountain billy goats we could ever imagine. From the giant humped up shoulders, to one finally stretching out to urinate, to the gnarly rock outcropping they were laying on, these were 100%, without a doubt billies.

Opening morning, we were in position at the base of the mountain at least an hour before sunrise. We were waiting for the sun to come up to aid in our sketchy ascent. The next thing we knew, a guy came strolling past us. It was another hunter. He never said anything, no acknowledgement, nothing. Oh the joys of hunting public land. The race was on. We shed layers of clothes, strapped down the boots, and took off. Our climb resembled something out of a Mount Everest movie scene. The night before, we had a fresh dusting of snow and the wind was gusting 40 mph blowing snow/ice crystals with a 30-degree ambient temperature. Brutal is an understatement.

We finally plateaued out after the first 1,000 foot gain and saw our opponent making his way up a different drainage, away from the goats. We slowed our pace down a bit, hoping the goats were in the same place as last night. Currently, the low-level clouds had the mountain socked in right where we last spotted them, but we kept climbing. With shortness of breath, Blake yelled, “Right there!” They were right up above us, 600 yards away. Three out of the four billies were in the exact same spot as the night before. I split away from Coy and Blake to make my final ascent. I climbed into position right around the 340 yard range. I’d made it. I settled in, waiting for one of them to stand up, but all three bedded. At least an hour went by of me getting destroyed by the elements, totally exposed at the top of a talus field, waiting for my moment.

The lead billy stood up. I lay in the prone shooting position, gathered my composure, and let him have it. He ate three rounds to the breadbasket (all on film), like nothing happened. A couple moments went by, which felt like an eternity, before the billy fell off his perch to his final resting place. We did it!

What truly brings this wild, once-in-a-lifetime experience all together are the places and the people that were there with me. The cherry on top of this whole story is my dad, my brother, and Tod were able to watch the whole thing unfold via spotters and binos several thousand feet below. These are the moments we live for! I could not have done it without these guys.