One of My Best Memories 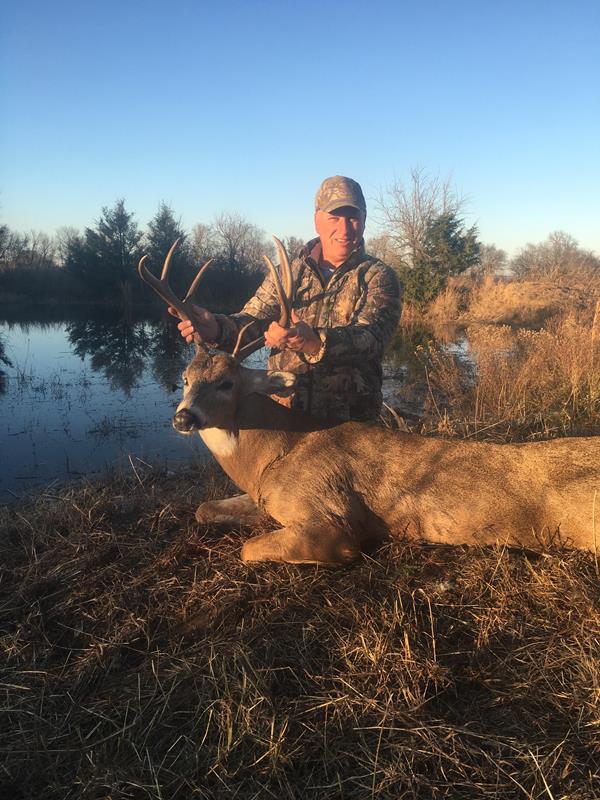 I was so surprised when I had a missed call from Utah. I called the number back, and what do you know, it was the guys from Huntin’ Fool telling me I had won one of those seemingly impossible to win hunts in the Membership Drive. I had won the hunt from Kansas with Jerry Meacham at Caney Creek Outfitters. I had not hunted Kansas for whitetails before, but I was very excited to have the opportunity. I waited for 2017 to pass and the year 2018 to get here.

I had met Jerry that spring to help with his new lodge. I arrived for the fall hunt, and Jerry was very accommodating and showed me where I would be hunting. I had a farm all to myself that no one had hunted all year. The first day out, I saw 10 different bucks, with 3e of them being above 145”. On the second day, I saw eight different bucks by 20:00 in the afternoon, which was when I shot my nice buck!

Everyone in camp was seeing deer, and I had the best time. It was one of the greatest experiences that I could ask for. Thank you Jerry Meacham and Huntin’ Fool for providing me with a hunt that will always be in my best memories!