Huntin' Late in the Gem State 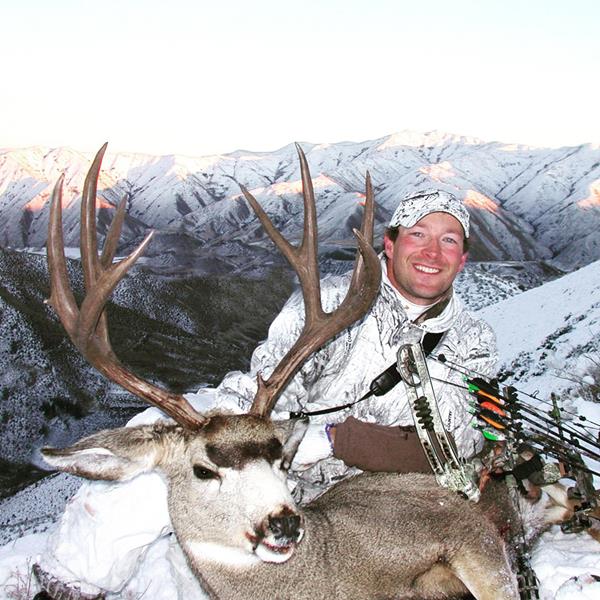 Few states have worked harder to provide a wider variety of opportunities for big game hunters than Idaho. As a former resident and an Idaho lifetime hunting license holder, I’ve had a front row seat for many issues, ranging from weapon specific regulation changes to the challenges of dealing with apex predator management for wolves and grizzly bears. At times, I’ve been frustrated by the decisions that have been made, but overall, I have to give Idaho’s wildlife managers a round of applause for their efforts to remain well-rounded.

One of the things I really appreciate about Idaho is that they strive to provide weapon specific seasons for traditional muzzleloader and archery hunters in recognition of the fact that these weapons have inherently lower success rates than seasons for modern sporting arms. I am always a fan of states that put more hunters afield for more days per year while maintaining biologically responsible populations of big game. I cut my bowhunting teeth on the unit 28 late archery hunt near Salmon, Idaho where I killed both my first deer and elk with a bow back in the days of cotton shirts and leaky boots. After more than 30 years of bowhunting from Africa to Alaska, I still look back at those early days of chasing mule deer through the Mountain Mahogany as my most fun moments. For that reason, I wanted to share this opportunity with our members. If you decide to commit to the hunt, Idaho offers two very different experiences that you can hunt with the purchase of an archery stamp and a regular deer tag.

THE PANHANDLE (UNITS 1, 2, 3, 4, 4A, 5, 6, 7, & 9)
Nine of the 13 units that feature over-the counter late archery hunts in Idaho are located in The Panhandle. Idaho Fish and Game classifies these game management units as “a generally moist region with nearly continuous canopy coverage.” Having thrashed around in this jungle from late August through December, I think IDFG is being modest with this description. I’ve hunted Kodiak Island in Alaska and more than half of these units in northern Idaho, and I’d have to say that Idaho may have the upper hand. With the exception of the 4,000 acre Farragut State Park in unit 2, the season dates for this region run December 10-24, which puts the hunt outside of the main mule deer rut in this latitude. If I haven’t scared you off yet and you’re looking for a late archery hunt where you can be rewarded by working harder than others, you are unlikely to see another soul in the field, and about 50% of the mule deer bucks harvested each year are 4-point or better, this region might have your name on it. However, keep in mind that in 2017 less than 400 mule deer were harvested in this entire region with rifle, muzzleloader, and archery harvests combined. As such, I have excluded these units from the tables in favor of focusing on the more traditional mule deer habitat found in the central and southern late archery units.

THE CENTRAL MOUNTAINS (UNIT 28)
Beginning at age 13, I spent several late archery seasons in unit 28, harmlessly launching arrows from my dad’s garage and the local archery shop in Salmon, Idaho onto the foothills surrounding the town in hopes that one of them would actually find its mark. I often look back at the great bucks I chased and shot at with no rangefinder, no experience, and wildly out-of-tune equipment and shake my head. Some of those chocolate antlered giants would look really good in my living room today, but I’m guessing most of them died of old age. Some of them may have even died laughing at my learning curve.

Regardless, it was a wonderful place to be outside. Unlike the units in northern Idaho, this part of the state is quintessential mule deer habitat with sagebrush foothills that give way to alpine basins above with millions of acres of vast timber in between. Glassing opportunities abound, access is excellent, and overall, the hunting pressure remains low in certain portions of the unit.

With a December 1-31 season, this unit misses the primary mule deer rut. However, rutting behavior will still occur through the first part of this season. Even when the bucks move away from their girlfriends, patient and methodical glassing can turn them up in their favorite habitats.

THE BOISE RIVER (UNIT 39)
This is one of the major deer units in the state and represents a vast amount of area and habitat types. It also features prime rut dates with a season that runs November 10-30. I lived a stone’s throw from unit 39 for seven years when I had more time than money. As such, I laid a lot of boot leather down in this unit while picking up deer sheds on the winter range. I was usually black powder hunting unit 33 during that time, so I did not spend many hunting days in 39, but I explored every inch of the country and drooled over many great bucks that migrated out of the high country each winter.

This unit’s habitat ranges from the rugged Sawtooth Mountains down to the sagebrush and bitterbrush foothills of Horseshoe Bend and Boise. The deer can be scattered throughout the unit in November if early snows have not motivated the deer to head to lower ground. However, with a few big October and early November snowfalls, the southern portions of this unit can be crawling with deer, including some great bucks. Of all the units that offer a late archery hunt in Idaho, this one features the largest migration of deer, so it is the biggest roll of the dice on where you will find the deer given the conditions you are hunting. During the hunt, rain and snow mixtures can frequently occur at lower elevations, often resulting in loud, crunchy stalking conditions. However, the topography and brushy cover provide better stalking cover than most of the central and southern units.

THE SNAKE RIVER (UNIT 63)
Idaho Fish and Game groups unit 63 into the Snake River basin management zone for mule deer. Mule deer habitat potential is low throughout the entire region. Accordingly, hunter participation and harvest success are very low on this late archery hunt. Additionally, the U.S. Department of Energy (INL) owns about 36% of the unit and mule deer hunting is prohibited on these lands. In short, I’d avoid this unit unless you have access to property that has a population of resident deer or some other local insight that is reliable to help you beat the odds.

THE SOUTH HILLS (UNIT 55)
Home to the highest point in Idaho south of the Snake River, unit 55 provides a wide range of habitat types that vary from agricultural fields on the valley floors to alpine slopes above 10,000 feet of elevation. Much like units 28 and 39, this unit provides a patient glasser a great opportunity to cover a lot of ground with optics while looking for a buck to chase. This is particularly true due to the fact that the unit consists of isolated mountain ranges that tend to have long main ridges with many finger ridges and canyons that run off each side. Hiking and, in some cases, driving these long ridges with good optics provides an opportunity to glass many basins per day.

With hunt dates that run November 16-December 10, late archery hunters can catch a heated portion of the rut and continue to chase deer into their post-rut lairs. Access is relatively good in the unit, but there is opportunity to get away from the roads. Depending on snowfall, the deer can be scattered throughout the unit as nearly every elevation has something about it that mule deer like. One word of caution is that portions of this unit, particularly in the south, are a long way from fuel, restaurants, and motel rooms. This late archery unit is probably the most remote in terms of modern conveniences.

With late archery hunts that span from Canada to Nevada and feature season dates that range from November 10th to December 31st, it’s a pretty good bet that you can find a late archery mule deer hunt that piques your interest. The best part is that your regular deer tag is good for every one of these units, which means you can relocate if your unit of choice isn’t measuring up to your expectations. If you’re looking to fill a void in the last part of your calendar year and make some great memories doing it, I highly recommend giving one of these hunts a try.