Where "The Draw" Begins 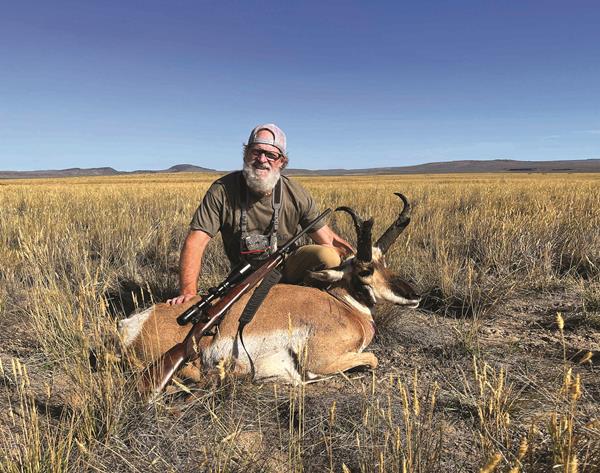 After 20+ years of the over-the-counter-game, a Bozeman Biologist in 1998 recommended the Idaho MD draw to a huntin’ buddy. That year, we applied for the first time, drew quality tags, were successful, were hooked, and thought this was gonna be easy! A year or so later, I received a copy of Huntin’ Fool, and that’s where it really begins.

After 24 years and a reality check later, I am much older and just want to draw a few tags before the rapture. For me, draws have been few and far between, so over the last several years, I have been using accumulated points to draw “decent” tags. In 2022, based on Huntin’ Fool statistics, I put in for an area in Oregon that my 20+ points should draw, but there was still only one non-resident tag.

I drew it, praise God, but I had no idea what I had drawn. I emailed Huntin’ Fool for the Member Draw list, and there was only one name. I called and left a message. Then I called the ODGF and they said to call back after the August aerial flight. They didn’t sound overly optimistic and just stated, “Big unit with pronghorn spread throughout.” I called ODGF again before leaving in August, and they said to find water and provided a couple of recommendations, including Christmas Valley.

Christmas Valley is a tiny town in No-Wheres-Ville with limited accommodations. My wife, Sherry, and son, Hunter, came with me, and we were “not-a-gonna- be-a-campin’.” I am from Texas and can’t stand the heat. It was going to be hot and dusty, not an enjoyable camp combo. For us, this was a “Hunt-cation” destination, and what could be better than Christmas in the summer? We stayed in our first B&B, the nicest single-wide in the valley. Thanks, Mark and Lisa!

Remember the Huntin’ Fool Member Draw list? The one and only Mike Voigt called me back. He turned out to be an amazing man as well as a Veteran who was the ace-in-the-hole for me. Thanks, Mike, and God bless you, my friend. Also, Mark and Lisa just so happened to be avid hunters and were trying to help as well. By all indications, this was going to be a tough hunt.

I decided to drive to Oregon because of the joy of the journey. Our first stop was CFNI-Dallas as our daughter, Reagan, was headed to ministry school. After a few tears, five days of driving, and six states later, we arrived in Christmas Valley. We had just enough time for an evening scout. We saw zero antelope on public land and only a few on private land. Friday, we scouted the entire day and again zero on public and a few on private. We followed the ODGF, the locals’, and my new Huntin’ Fool BFF’s recommendations but to no avail.

Opening day started early with local hunters everywhere, including on just about every waterhole, and the dust storm had begun. In 2020, Mike had seen very few hunters. This was a different year. There were definitely more hunters than antelope. We did see a few on BLM but not many and only one stood still.

The locals were trying to help provide access to a private pivot, which would be awesome, but we may as well be in Texas sitting in a blind. The places we’d been thus far were the most recommended, but they had loads of trees and were not your typical “antelope country.”

Then things changed. I remembered that Mike had told me about a different area where he had seen one buck. I called for clarification as it wasn’t marked on my onX and left another message. Praise God, he called that evening. He had spent a ton of time in the unit and had gone to a remote corner a few times where he had seen a single buck but no others.

On day two, mostly to get away from dust and hunters, we headed to the “single buck” spot. I told Sherry and Hunter, more as inspiration, “Today is the day.” I did have a good feeling, but they looked at me like a dog at a new bowl. After the last few days, they would just be glad to see antelope.

We got to “the spot” as the sun was rising. This was it! It looked like Antelope Heaven and way different from where we had been. There was a water source which contained little water, but nevertheless, it was an awesome valley. The three of us searched diligently with our glass for any life but found none. We drove in further. It kept getting better but still nothing. I could see a pivot way off in the distance and decided to at least get to that point. Surely we would see something coming off the fields. I looked up on the side of the mountain and proclaimed, “I think there’s an antelope.” Sure enough, there was a single buck looking like a doozy! It was time to get the spotter and evaluate.

He was locked in on us, so everything went slow-mo. As we looked him over, we continued to search for others but found zip, zilch, nada. His prongs appeared short, but his mass was off the chart. He was a stud, especially for this area. We watched him until he disappeared. Hunter and I grabbed our packs and headed out while Sherry continued scanning the area. We arrived up top and resumed glassing. I finally picked him up. He was laying down facing away from us, looking into the next valley. We crouched down knowing it was only a matter of time before his sixth sense kicked in. He stood facing directly towards us at around 425 yards. There was a small rise and the grass was too high to make an ethical shot, so I was going to have to crawl. He hadn’t figured us out yet but started getting curious. Hunter tried to get my attention, but I couldn’t hear him because I was grimacing as my knees endured the rocks. I finally saw him moving as he circled. He was wondering who was in his domain. He actually was getting closer, but the grass was still a problem, so I continued crawling. Hunter gave me hand signals on yardage as he was still moving. Hunter decided to stand up, and the antelope locked on him. He stopped, and I figured he was about 300 yards away and slightly quartering. I put the crosshairs on the front shoulder and squeezed, and he dropped like a sack of potatoes. The 140 grain bullet from the custom 7mm WSM built by my uncle went through the base of the neck and destroyed the off-shoulder.

I get excited about huntin’ period, but I don’t necessarily show a lot of emotions after the shot. I am more of a processor, but this one was special. I knew we had done something extraordinary. This buck was amazing, and I did get very excited because he appeared ancient, living out his life as not only king of this mountain, but the entire valley. He was an anomaly. I don’t know if he was the same buck Mike had seen two years prior, but I want to believe he was. He was one of those that can “Huntin’ Fool” you because of his prongs. Everything else was exceptional. He had sticker points galore and mucho mass (7" bases). We took extra time to appreciate God’s creation and then broke the buck down for the pack out. Hunter works for Double Nickel Taxidermy in New Braunfels, Texas, arguably the best taxidermy shop around, so he did most of the work boning and caping our trophy.

If it weren’t for the Huntin’ Fool Member Draw list, this would be a different story. Thanks, Mike. I am beholden to you. Would I recommend this hunt? Well, no, but yes. Both Mike and I were successful with our non-resident tags, but if you want to see a lot of antelope, this ain’t that hunt.

Thanks Sherry, Hunter, Mike, Mark, Lisa, Huntin’ Fool, and the real King of all the Mountains, Jesus!