Has It Really Been 10 Years? KUIU's Anniversary 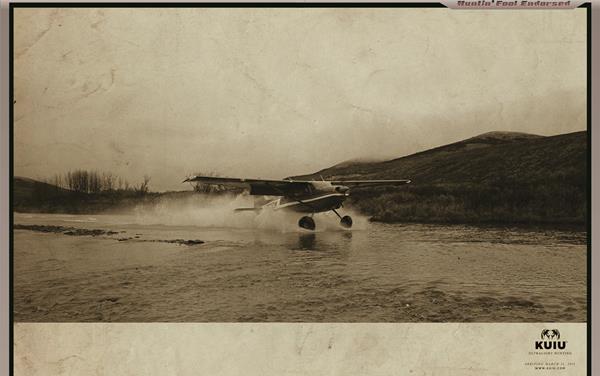 In the spring of 2011, I met my pal, Brendan Burns, at a gas station in western Montana for a spot and stalk bear hunt. As Brendan jumped out of his truck for our traditional “bro hug,” my eyes were immediately drawn to a camo pattern I’d never seen before. As a gear junkie, I was more interested in the pants he was wearing than the bears we were about to chase. While we drove to my secret bear spot, Brendan filled me in on the yet to be launched KUIU brand. Like many, I was a little skeptical about the marketing and distribution strategy, but some of my doubts were drowned as Brendan and I plunged into an icy, mid-thigh deep spring run-off creek to chase a giant bear we’d seen on the other side of said barrier. When we emerged on the other side, his prototype Attack pants were noticeably shedding water like a duck’s back, while my pants had soaked up so much water that I had to stall our ascent on the bear while I wrung out my pants and socks.

Later that night, I managed to slip an arrow into the ribs of a beautiful spring boar with Brendan filming over my shoulder. By the time we recovered the bear on a tedious blood trail and skinned and deboned the bear for the packout, it was about 1 a.m. I was freezing from my still wet pants, so in the “manliest” way I could muster, I casually stole a feel of Brendan’s pants. Yes, it was that kind of night! His pants were completely dry, and I was sold on the idea. Shortly thereafter, KUIU went live and I became the proud owner of a couple of my own pairs of the game changing Attack pants.

Little did I know that only a few months before, Jason Hairston and Brendan had been at the headquarters of the Huntin’ Fool office to meet with Garth Carter to create a strategy to launch the KUIU brand to the most die-hard group of Huntin’ Fools Jason Hairston could think of. For many years after my introduction to KUIU, I had the pleasure of spending time in Jason’s company, and every time we chatted, he gave credit to Huntin’ Fool for the successful launch of his brand. While that’s flattering, it’s also indicative of Jason’s generous nature. It also doesn’t do full justice to the viral growth that KUIU has experienced as a result of remaining committed to their ultra-light roots. Regardless, Huntin’ Fool and KUIU have had a long-term symbiotic relationship that works well for our members because the gear truly solves mountain challenges.

On a more personal note, when I was assigned this piece, I was excited and emotional. After all, no anniversary piece is complete without a tribute to the man who had the courage to not only start the brand, but to do so with a business model that was completely unproven. If you knew Jason, it actually makes a lot of sense. He was an entrepreneur in every sense of the word. He was willing to take on risk, willing to share credit with others, willing to take time to inspire and encourage those around him, and he was willing to put in the long, hard hours that it takes to create something worth having.

In celebration of KUIU’s 10-year anniversary, I’d like to say that I miss my pal, Jason, and his charismatic personality. However, I’d also like to say that I have a lot of reminders of him in my gear cache. Every time I put a piece of that gear on, I think about the commitment to solving problems that Jason had. I also think about how that legacy lives on today with the energetic team of designers, developers, and testers who remain committed to providing incredible gear for all kinds of outdoor adventures.

As I wrap this up, I thought it was fitting to include samples of KUIU’s advertisements with Huntin’ Fool over the years. Although the ad content evolved somewhat over time, the nostalgia behind it remained the same. Jason loved sheep hunting and the places that his passion for that took him. He also loved testing gear in environments that gave him the confidence that if it worked there, it would work anywhere. At the end of the day, I think that notion has been the biggest key to KUIU’s huge impact on the hunting market, no matter how much credit Jason tried to attribute to Huntin’ Fool.