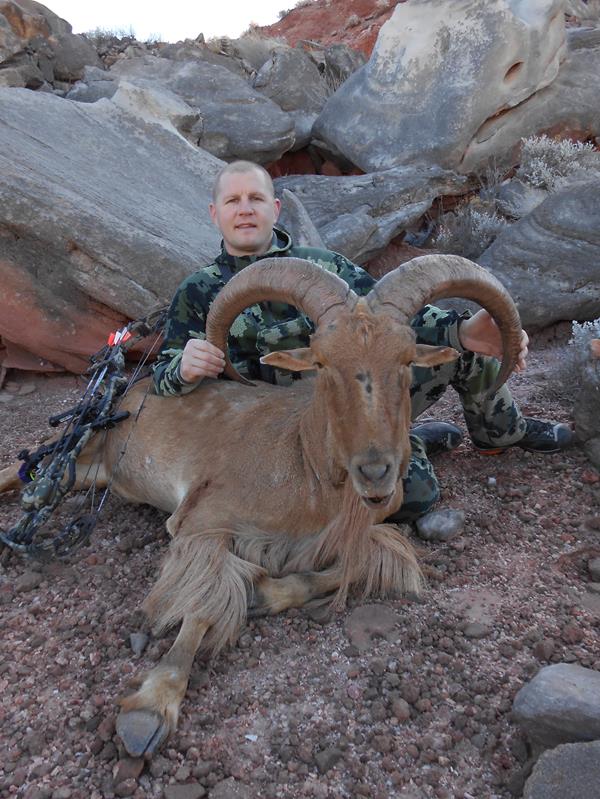 The “off-season” is a relative term, and based on where you live, your hunting season dates can vary widely. For the sake of this article, we’re going to label the off-season as that time that falls between January and July each year.

For a lot of people, when their fall season ends, they hang everything up and start the countdown clock to next year’s hunt. Others take advantage of that downtime by using it to stay in shape, maintain their marksmanship skills, test gear setups, or shed hunt. However, the best option is to be out in the field chasing animals instead of at home counting down days.

Included are some of our favorite off- season hunts and destinations. Take advantage of these opportunities to hunt year-round with options to fit every budget and skillset.

It should come as no surprise that Texas is on this list. With dozens of species available to hunt year-round, Texas is a hunter’s mecca. As vast and different as the terrain in Texas is, so is the variety of animals. There are no shortages of options available, but we’re going to concentrate on a species that is gaining increased popularity.

Aoudad were introduced to Texas from North Africa in the 1950s, and populations have flourished in the craggy mountainous terrain they live in. West Texas is home to some of the largest free-range herd densities in the state. The topography here is nothing short of rugged and perfectly suited for these sure-footed cliff dwellers.

Nowadays, a North American sheep hunt will cost you the equivalent of a new truck or you’ll spend the better part of two decades building points hoping to get lucky in the draws. Nicknamed the “Poor Man’s Sheep,” aoudad hunts are a great affordable option for the first-time sheep hunter looking to cut his teeth or for the salty veteran searching for another mountain adventure. Tags are over-the- counter, and there are options for a wide variety of budgets, from the do-it-yourself hunter looking to pay a trespass fee to the fully-guided high-end hunt featuring all the amenities.

Whether you’re a hardcore sheep nut, an avid mountain hunter, or just somebody looking for the next adventure, aoudad in West Texas should be on your list.

Ready to get over those long winter days and welcome in some warmer temps and sunshine? Look no further than the tropical islands of Hawaii. Thought more often as a vacation destination rather than your next hunting trip, Hawaii should be at the top of your off-season list. We promise this will be the easiest hunt you’ve ever tried to sell to your significant other!

Ample hunting opportunities and species are available across all six of the major islands. The animals vary from island to island as well as the topography they inhabit. Whether your interests lie in the pursuit of upland birds, big game animals, or trying to finish out your Turkey Slam on the Big Island, Hawaii has something for everyone.
Arguably the most popular of these game animals is the Axis or Chital deer. Widely regarded as the best tasting venison on the planet, these spotted deer are not only great table fair, but they are without a doubt one of the prettiest deer species there is. Originally from India, Axis were first Introduced to the Islands in the 1860s as a gift to King Kamehameha from Hong Kong. With no natural predators, the deer have not only survived, they have exploded in populations. There are estimated to be more than 15,000 deer on Lanai alone. That’s five times the island’s human population that encompasses an area that’s only 160 square miles.

Don’t let the target-rich environment fool you, though. Axis deer are regarded as being one of the cagiest species out there. Try stalking through 50 sets of eyes, ears, and noses that with one warning bark can scatter the whole herd in the blink of an eye.

For those looking to add the Islands to their off-season list this winter, there is no shortage of options available. You can book a one or two-day fully- guided hunt on a private land out of a luxury resort or go off the grid on your own backpack-style adventure in one of Hawaii’s many public and/or private land use areas.

There are an estimated 300,000 black bears spread across North America, and over 1/3 of that population resides in Alaska. No other state or Canadian province offers more opportunities to hunt black bears than the 49th State.

Twenty-three of the state’s 26 Game Management Units offer a black bear season with liberal bag limits ranging from one to five bears. Yes, you read that correctly, up to five bears in some units.

All but three of those units manage their bear hunts as general season harvest or registration hunts, meaning they are over-the-counter tags. Alaska has more public land access than all the western states combined, add in no guide requirements for non-residents and this makes it a great opportunity for those looking to DIY their hunt.
As vast and differing as the regions are in Alaska, so are the types of hunts available. Whether you’re looking to do it on your own or with the help of a licensed guide or transporter, there’s a hunt to fit anyone’s style or budget. From vessel-based hunts, to glassing grassy slopes, to trying your hand at baiting, Alaska is the go-to place for spring black bear hunting.

When most of the country’s seasons are closed or winding down, Mexico’s deer rut is just kicking off. January is the magic month that brings these deer out of hiding in the brush and cactus-choked flats looking for love. With warmer weather, great food, and two different deer species in the rut, Mexico should be in your New Year’s plans.
Without fail, our neighbors to the south produce giant Boone & Crockett bucks year in and year out. With mild winters, great genetics, ridiculous protein contents, and limited pressure, it’s a recipe for growing giants. Many of these ranches follow strict management protocols for quality and age class ensuring what many consider to be the best Coues and mule deer hunting out there.

With trophy potential comes a heavier price tag with Mexico’s mule deer, often putting it out of reach of the average hunter. If the steeper cost is out of your range, many ranches offer management hunts at a fraction of the cost of a trophy hunt providing the same great hunt experience.

The opposite of their much larger bodied and horned cousins, Coues deer are a very affordable option when talking about destination hunts. From ranches offering DIY opportunities with no lodging or cooks to fully-furnished and guided hunts, there are Coues deer packages to fit even the most budget conscious hunter looking to travel outside of their home state.

For those of us who have already been, we can echo what all the hype is about. You’d be hard pressed to find a bigger, better adventure or bang for your buck than hunting in New Zealand. Yes, it’s a foreign country that takes a long flight into the middle of the South Pacific, but with a little bit of planning, this is one of the most doable premier worldwide adventure hunts out there.

There are two main islands, the North and South, and about 600 other smaller ones that make up the 100,000+ square miles of land mass called New Zealand. If you were to poll every hunter on the planet to name the first game species in New Zealand that comes to mind, the overwhelming majority would tell you Red Stag. Without a doubt, they are the most popular animal there and for good reason, with their giant, towering crowned antlers and unique roar during the rut. As they say, “The mountains are calling!”

The Southern Alps extend most of the length of the South Island, jutting out of the ocean floor to heights of over 12,000 feet and are bisected by over 3,000 glaciers. Introduced to the Southern Alps in the early 1900s as game animals, tahr and chamois have thrived in this spectacular backdrop void of any natural predators. At their peak before culling operations began, it was estimated the island held over 100,000 chamois and tahr.

Whether you decide to go guided or DIY, the easiest and most popular access into the top hunting areas is by helicopter. Worth the price of admission alone, these chopper rides are often remembered more than the hunt themselves. You’ll fly fast, following white-water rivers through tight, twisting canyons and over glacier- filled valleys to get to your destination. Once there, you’re in some of the most remote and pristine country on the planet, home to arguably the world’s best tahr and chamois hunting.

These are just a handful of the many off-season options available and waiting for you. No matter your home state, financial situation, or preferred skill set, you should be looking ahead and planning on how to shorten your downtime between hunts.