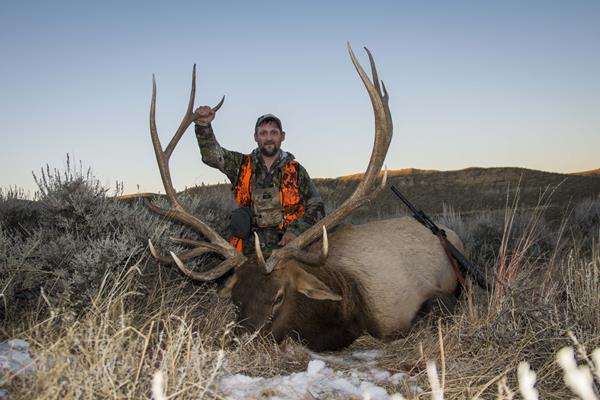 HF Staff Remarks: At his core, Cody Voermans is a big game hunter. For over 25 years, he has pursued big game across the country. His adventures have taken him through many of the lower 48 states as well as Alaska and Canada. His pursuits range from chasing wild boar in the swamps of Mississippi to stalking goats and Dall sheep on the crown of the continent. Cody is a successful and well-rounded hunter.  – Robert Hanneman

It’s no secret that Kryptek’s new Altitude line of hunting apparel is regarded in the hunting industry as some of the highest quality and most expensive hunting gear on the market. If you Google “Altitude Gear,” about 50 threads will pop up with discussions ranging from, “Ridiculously overpriced and unattainable!” to, “The most epic hunting gear on the planet!” The common threads in almost every discussion are consistently focused on the price tag and one universal question, is Kryptek’s new Altitude gear worth the cost?

Having used a complete set of the Altitude gear for one hunting season now, I believe the answer to that question is not straightforward. It’s certainly not as simplistic as a comment I saw on the internet discounting the quality of the gear, “Kyptek’s $3k (full set) pricing is a profit driven jab intended to prey upon those with heavy wallets and light understanding.” I know that’s not true, but the decision to buy this expensive gear is still a difficult one. In my mind, the decision to purchase is best determined with a balance scale. I recommend putting the Altitude’s price tag on one side of the scale and weigh that against personal finances, gear comfort, function, durability, and pattern effectiveness.

The problem with this approach is that gear cost and personal finances are easily determined, but evaluating comfort, function, durability, and pattern effectiveness for hunters who have never touched or tested the gear is not. Of course, the decision to buy could be made on faith or a cursory review of marketing material, but I struggle with the uncertainty in that approach. I would rather have an honest, boots-on-the-ground product review to balance the scale.

To that end, this review of Kryptek’s Altitude gear is based on my August Dall sheep hunt in the Mackenzie Mountains of Canada’s Northwest Territories as well as November hunts for mule deer and Rocky Mountain elk in central Montana. My review focuses on the comfort and function of the Altitude line and leaves out durability and pattern effectiveness. Why? Because my gear was new at the start of the season and any hunting gear that fails after three hunts isn’t worth the paper this review is written on. I simply don’t have enough time in the gear to reasonably speak to durability. Likewise, the animals I took on these hunts were shot with a PROOF Research rifle from ranges of 200 to 550 yards. I don’t think I could convince my eight-year-old son, let alone the experienced hunters reading this review, that the Altitude pattern helped me stalk to those distances.

I did feel confident that the Altitude pattern was concealing me in every terrain I hunted in. From the alpine slopes of ram country to the sagebrush coulees where mule deer hide, I seemed to blend well with the natural habitat. Though without proof, I felt a bit like a mountain lion on each hunt. A lion has never judged how its coat might blend in, it simply knows it’s hidden, and so did I.

The sheep hunt took place in mid-August deep in the Mackenzie Mountains. During this hunt, I used every article of gear offered in the Altitude line, including the gaiters, ball cap, and gloves. While none of the conditions I encountered were extreme, I did experience some wild 20 degree temperature swings, wind gusts over 30 mph, multiple stream crossings, and periods of heavy rain.

Over the 10 days I spent in the jagged crags of sheep country, I exclusively used the Tora mid-weight pants and 1/4 zip shirt with the Bora softshell jacket over the top. I pretty much lived in the Tora 1/4 zip shirt and Bora jacket. I hiked in them each day and slept in them each night. Well, I slept in the shirt and used the jacket as a pillow. In my pack, I had the Ghar insulating jacket, the full set of the Takur raingear, and my gators, none of which added much bulk or weight to my shoulders. I used the gators to protect my legs against the heavy brush in creek bottoms and to keep my pants dry during a creek crossing or 20.

I can’t say the weather was bad during the sheep hunt. It wasn’t. While we did have fresh snow on the peaks each night, the daily temps ranged from the mid-teens in the morning to the mid-50s in the afternoon. The only weather problem we had was that it changed so fast. There were many times that I was beading sweat and using the armpit vents on the Bora jacket to regulate my core, only to have the ambient temp drop 20 degrees in minutes, causing me to layer up. Often, blue sky and calm winds would change to a 30 mph gale with horizontal rain and then be back to blue sky in under 20 minutes. Each time that happened, I stopped, put on the Ghar jacket for extra warmth, and pulled the raingear on over the top to stay dry.

The conditions I encountered on the mule deer and elk hunts were much different. These hunts took place during and shortly following arctic storms that dropped around a foot of snow on central Montana. The snow and cold were no matter, but the Chinook winds that followed were another story. If you have never experienced a Montana Chinook, I can only describe it as an ice-eating monster. Sustained winds over 60 mph with gusts reaching an amazing 100 mph took the snow off the plains faster than ice cream melts in Hell. The hurricane force winds changed the ambient temperature from below zero to over 60 degrees in 24 hours and held it there for three days. Hunting in those conditions was no joke. The winds were strong enough to pick up grass, brush, and small rocks with each gust and turn them into blood-drawing projectiles each time I turned into the wind.

The temperature during the first few days of the hunt was too warm to need much of a layering system. I primarily used the Tora 1/4 zip shirt under the Takur rain jacket. The rain jacket worked perfectly as a windbreaker and afforded me the comfort to hunt in such horrible wind. On a side note, the animals didn’t like the wind either and spent their days in obvious coulees to avoid it. With that tidbit of knowledge, I was able to take a great buck and the best bull of my life.

Throughout the fall, the most notable piece of gear I used was the Takur rain set. This three-layer laminate system is 100% waterproof as advertised and athletically cut for a perfect fit over the rest of my gear. Each time I faced rapidly changing conditions, the full-length leg zips on the Takur pants were a huge advantage. The zips allowed my muddy boots to easily slide into the rain pants when a shower started and slide back out when it was over. Quickly getting in and out of my rain pants saved my lower half from getting wet on multiple occasions.

Above the waist, the Takur jacket is designed with pit zips for thermal regulation, easily accessible chest pockets that are perfect for cold hands, an adjustable torso cord, and a copper wire hood. Together, these make the Takur jacket second to none in its class. I know this because during one rainstorm on the third day of the sheep hunt, I tightened all straps, covered my face with the hood, and lay out to take a nap in the rain. On the other hand, my hunting partners were sporting rain gear made by two of Kryptek’s competitors, and both of them ducked for cover under a lonely spruce tree as I rested comfortably in the open. It rained on me over half of the days I spent in the field last fall. Not one drop of that rain got past the Tarkur set. It doesn’t get any better than that.

Other than my thoughts on how well the rain gear functioned, I didn’t notice the comfort or function of the rest of my Altitude gear during the season. In fact, I didn’t give it a second thought. Now, before you jump to a conclusion of mediocrity and judge this gear as unnecessary, let me explain why NOT noticing is the best assessment I can give a set of hunting apparel. If you’re reading this review, I’m almost certain that you’re a hunter and keenly feel the same passion for the sport that I do. It doesn’t matter if the hunt takes place somewhere in the far reaches of the world or in the back forty of the family farm, the excitement level is the same and I don’t want any aspect of the gear I use to detract from the hunt.

From my own experience, each time a piece of gear falls short in comfort or function, it draws my attention away from the hunt. If my gear restricts hiking movement, causes chaffing during a hard climb, or isn’t suited for the terrain, I stop hunting or change my plans to accommodate. Likewise, if I’m too cold to either spend much time glassing or stop a cold body from shaking enough to hold my binoculars stable, I never really know if my failing gear caused me to miss spotting a trophy. Last season, I didn’t face any of these problems. The athletic cut of each garment in the Altitude line, along with a perfectly designed layering system and quality fabrics, allowed me to make every climb and complete every stalk focused on the goal rather than the gear.

Unquestionably, the comfort and superior function of the Altitude gear I experienced through the 2017 season was due to the fit and weatherproof attributes of the fabrics used in each garment. I would note here that Altitude gear is constructed with Schoeller Textile AG fabrics. Schoeller is a Switzerland-based company that produces specialty fabrics commonly used in high-end mountaineering and skiing gear. It’s my understanding that Kryptek is the only “Hunting Brand” in the world to establish a relationship with the Swiss company and bring those fabrics to the western hunting industry. That certainly explains the heavy price tag attached to Altitude gear.

Not noticing most of my Altitude gear during my hunts indicates that all aspects performed flawlessly and I spent every moment focused on the pursuit of a trophy. While I don’t yet have enough information to adequately describe the durability and pattern effectiveness of the Altitude gear, my undeniably positive experience with comfort and function has tipped the balance with overall price. After last fall, I say, “Yes, Altitude is worth the cost.”