In Defense of Killing 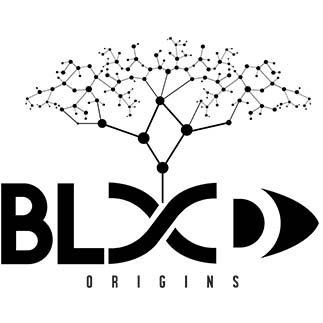 Yes, I know the title may be a little abrasive, but that’s essentially what we are doing when we defend hunting. We need to defend the act of killing. Don’t get me wrong, it’s not the indiscriminate extermination of wildlife for the sake of killing or for the sake of blood lust, but rather, it’s explaining the act itself, the consequence of the kill.

In our hunting community, we constantly go round and round between the use of terminology. Should we use the word harvest when killing an animal or did we in fact kill that animal and then harvest the meat from it off the mountain? What’s the most accurate terminology? Kill is. Do we know that the use of the word harvest is more palatable to the non- hunting majority? Unfortunately, no one has done that survey to determine if that is true or not. Hypothetically, if said survey came back from the non- hunting majority and it showed that if we, as the hunting public, used harvest as opposed to kill in our rhetoric, they (the non-hunting majority) would be more accepting of hunting, then would we change? Would it be bowing to being more “PC?” Is changing the accuracy of terminology to keep our lifestyle around a bad thing? I do not have the answers to those questions. Each and every one of us has to decide how we want to communicate with the non-hunting public. If the data and science show that it would be received in a better light, I guess the question is why would we not do it?

Some will say that a simple change in terminology is easy, but it also is a very minor cut in the thousand cuts that lead to our lifestyle being taken away from us. It’s a slippery slope. There are multiple examples of the door being cracked open with initial legislation and it leading to multiple pieces of legislation over time that further the erosion of hunting/ trapping opportunities. Just look at California as the poster child of this.

So what do we do? I think it all comes down to the representation of the act of killing. Do we represent the kill with respect? Do we represent it with gratitude? Do we represent it with what it means to us — food, fulfillment of an adventure, essentially the consequence of the action? Unfortunately, the answer is no. There are a number of hunters who celebrate the kill with no respect, and for those of us who look at that, we are saddened and then are placed in this conundrum of whether we even say anything or turn a blind eye to it. As you read this, you probably remember a post you saw that elicited this exact reaction.

My fervent wish would be that all hunters in that moment of posting would take a pause and do two things. First, do a little bit of self-censorship. Do you really need to post that? Second, think about the consequence of the action of the kill and place that kill in that context. Even though you didn’t kill for the consequence, explaining it may be the way to defend killing and ultimately our lifestyle.