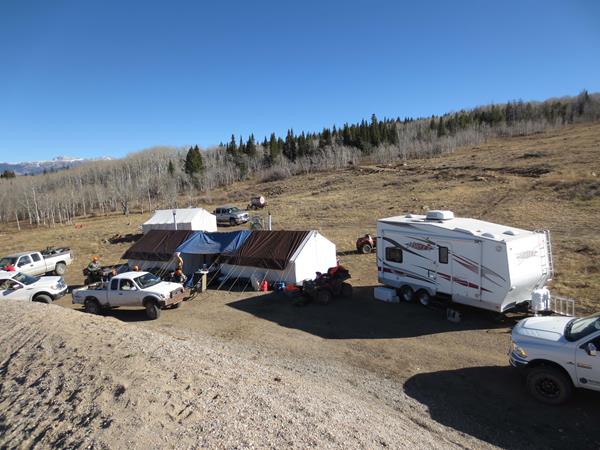 In the 2021-2022 hunting license rule- making year, we saw a near record number of attempts to diminish non-resident participation in the hunting traditions that we all hold near and dear. Responses were passionate from those non-residents who stood to be negatively impacted by the proposed rule-making changes. Not surprisingly, though, in the states where residents stood to gain from the proposed changes, most of the residents I spoke with firmly supported further restrictions on non-resident opportunities, even though they were aware that a majority of license and tag revenue comes from non-resident dollars each and every year.

I’ve been a resident of Idaho, Alaska, Montana, and Utah in my lifetime, and to be honest, I understand where the frustration with non-resident hunters can come from. In every state I listed, I’ve seen some of my most sacred spots overrun with people who “didn’t grow up here,” and I’ve felt the frustration that comes from a sense of entitlement that we as humans inevitably feel when “we were here first.”

However, the fact remains that residents and non-residents need each other now more than ever. The number of citizens who rely on hunting to put food on the table and make memories with family and friends is shrinking relative to the rest of the United States’ population. And, sadly, the notion of live and let live is becoming less and less popular, which means we are under attack. Many of those who don’t hunt automatically think that nobody should be able to hunt, and they aren’t willing to sit back and let us do what we love. With that in mind, it’s my hope that both residents and non-residents alike will figure out that we need each other and that we need better solutions than our politicians and Game and Fish agencies are currently providing to manage hunting pressure for the precious resource that all Americans have been entrusted with.

For the most part, the legislation that I’ve seen introduced by politicians is full of special interests that will reduce opportunities for future generations of hunters. Unfortunately, many of the decisions that are coming from the state game and fish rule-making committees are doing the same thing, although admittedly, they have a very difficult task when it comes to balancing the desires of a burgeoning population and a limited resource. With that being said, if we don’t start becoming more proactive with ideas for how to manage and insist on some creativity, their default is going to continue to be a reduction of tags, an increase in prices, and more reasons than ever for us to bicker among each other. None of these outcomes are sustainable in the long run.

If you’re given an opportunity to participate in the process, I’m pleading with you to do so. In fact, I’d say that every avid outdoorsperson should be actively engaging in the rule-making process. Furthermore, to the extent possible, we should be asking what our current decisions will do for future generations as opposed to looking at our own personal gain in the process. I’d also suggest that you spend some time coming up with your own creative ideas on how to address hunter crowding, limited resources, and state budgets. As hunters, we’ve proven that our grass roots efforts continually outpace those that are hamstrung by bureaucracy, and if there’s ever been a time to demonstrate that, it’s now!