The Best Bang for Your Buck 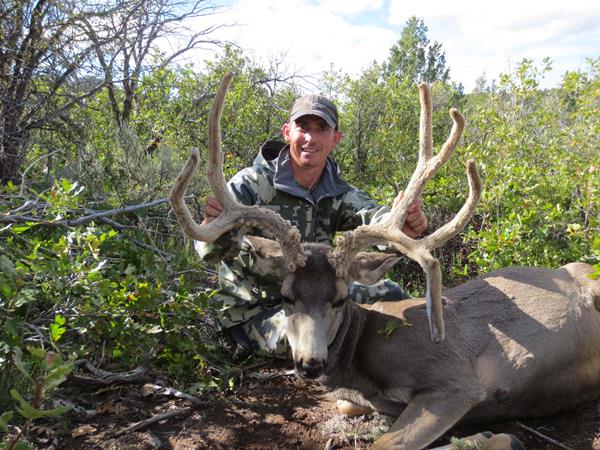 When it comes to my personal application strategy, I have some criteria that the state must meet in order for it to make the cut. Oftentimes, it comes down to simple math and the amount of return I stand to gain on my investment. The states that rank higher on my list have multiple “payoff species” to hunt. This process can be different for everyone based on the individual’s own criteria and expendable income. In this article, I’ll go through the criteria a state must have in order for me to surrender all the costs associated with the application and which states offer better returns on application investments.

If you are only after the biggest and best trophy animals, there is a short list of state draws that make the cut. Unless you have already invested 15-20+ years of applying in most of these bonus/preference point states, the likelihood of ever seeing a return on your investment will likely never exceed 1%. If you fall into this category, the best strategy is to apply for the cheapest draws out there with a minimal amount of non-refundable application costs. Also, take advantage of state and private raffles that have similar draw odds to state draws but offer a lower entry fee. This way, you can at least take the budget you have and get more entries into different draws and get the most out of the money spent.

For applicants who just want to get enough of a diversified portfolio to consistently put tags in their pockets and are not hung up on trophy hunts, you can pinch your pennies and pick and choose how many states you want to apply for. I apply for both trophy and opportunity type hunts in order to consistently have a balance between not drawing too many hunts and still having enough hunts to fill my schedule. I know that I am in a unique situation that affords me more days afield than the average Joe, but that is why I apply in 8-10 different states annually. If you only want 1-2 hunts out west a year, you can trim it back to 3-4 states and really save some money and still meet your 1-2 hunts a year goal all while hunting areas that have decent trophy potential.

I do not consider myself a trophy hunter in the sense that I am only willing to hunt units and seasons that have the highest percentage chance of harvesting a trophy- sized animal. Due to this, I am able to hunt more often and only need to build 1-5 points in order to draw most hunts in my top four states I would be comfortable hunting. I know point creep is all the buzz now in the hunting industry and some hunters often point to the hardest to draw units and criticize preference/bonus point programs, but for me, preference points work out incredibly well as I can cash in my 1-5 points on a rotating basis between a few states and always have guaranteed hunts to go on every year.

Wyoming and Colorado are at the top of my list for the best states that have good return on my application investment for elk, deer, and antelope. These states have multiple payoff species that I can take advantage of drawing on a regular basis. I rarely accumulate more than the above mentioned 1-5 points for any of these species before I cash them in on a hunt. In both states, there is a big gap between the amount of points required to draw an exceptional hunt as opposed to an average hunt, and in most cases, the point/hunt difference is not worth the wait. In these states for elk, deer, and antelope, one could argue that average size of animal harvested between a max point unit and a unit that takes a few years to draw is razor thin. The biggest advantage to trophy areas is the limited number of tags issued, not trophy size.

Arizona and Montana are my #3 and #4 states as they have enough options available for elk, deer, and antelope if you are well versed in multiple weapons. The reason I have these states rounding out my top four is because I don’t mind hunting units with lesser quality as long as it puts me in the field more often. I say well versed with archery, muzzleloader, and rifle because Montana has great opportunities in limited quota areas for archery elk that can be drawn on a semi-annual basis (1-5 years). The odds for some of those same units for rifle often take applicants 10+ years to draw. The archery deer hunt on the Kaibab in Arizona can be drawn in 4-5 years, and for the same unit, it would take at least 10 years for early rifle hunts and up to 20+ years for late rifle hunts. Arizona also offers rifle Coues deer hunts that can be drawn with 0 points in units that have trophy class bucks in them. If you hunt archery, you can hunt most of the state in December and January during the rut with an over-the-counter tag, all the while applying for trophy elk and sheep hunts for only $30 more. Montana is also very cheap to build points in if you do not wish to participate in the draw. This will cut down on application costs on years you don’t have enough points to have better than a 50% chance of drawing.

Between those four states, I can put multiple deer, elk, and antelope tags in my pocket every year or every other year. If your hunting goal is to simply put meat in the freezer, these states have plenty of hunting opportunities to accomplish that goal every year while maintaining some decent quality. The only problem is that there are limited options for “add- on” trophy hunts. Arizona is the best state out of these four for “add-on” opportunities for trophy species/hunts as well as Wyoming mountain goat and Colorado Desert bighorn sheep. The rest of the species within those states are going to have heavy application costs for less than 1% draw odds. If you want to diversify a bit more and add other states that afford you more of these trophy type application opportunities for a minimal cost but don’t have as much opportunity to cash in on your investment, these next states are the ones you should look to incorporate.

Utah is among one of the cheapest states to apply for all species, but to draw one of their limited-entry permits, it will most likely take a new applicant close to 20+ years to be guaranteed to draw even the lowest level hunts. The only silver lining is that if you accumulate general deer preference points, you can draw these permits every year up to every 3-4 years, which gives you a way to get some return on your investment. Nevada is fairly expensive up front as they require applicants to purchase an expensive non- refundable hunt/fish combination license in order to receive bonus points. The payoff species in Nevada is mule deer as some hunts have good odds of drawing in the first 5 years of applying, and the “add-on” trophy species are abundant. California bighorn sheep, Desert bighorn sheep, elk, and antelope all have trophy quality and can all be applied for. The draw odds are poor, but for only $14 per species for all species (except elk, which is $19), you can apply and have a chance at drawing a trophy tag.

I haven’t covered any of the non-point states like New Mexico, Idaho, and Alaska because I classify these as “add-on” states. What I mean by that is that if you are planning to hunt in Alaska or Idaho in the future and you are already buying the hunting license, you may as well apply in the draw for hunts that year. Alaska is a little cheaper to apply for than Idaho once you have purchased the license, but there are other logistics that will elevate the cost of your hunt. Both states require the purchase of a non-refundable hunting license to apply in the draw, so it just makes sense to use on those years you plan on hunting these states and make the most of the license purchase and apply in the draw. The fact that they do not have a point system is great as you can sit out years and not lose any ground to other applicants who continue to apply every year.

Up until 2019, New Mexico required applicants to buy a hunting license to apply, but applicants could opt for a refund of the license fee if unsuccessful in the draw. Now, that $65 hunting license fee is non-refundable, which makes it a little less appealing than in years past. Potential applicants must have a pretty big limit on their credit card if they plan on applying for all species as New Mexico requires the entire tag fee up front at the time of application and you could quickly tally up over $12,000 in application fees. All of these fees are refundable if unsuccessful in the draw, except that $65 license fee and $13 per application fee. That isn’t all bad, but that is why I use New Mexico as an “add-on” state, depending on what I think I may draw that year in the other states.

There are certain states that I just don’t recommend non-residents apply for unless they already have a wealth of points built up. States like California, Washington, and Oregon for most species are both expensive to apply for and have horrible draw odds for lesser quality animals that reside in other states. The only exception to this is if you are interested in hunting blacktail deer and Roosevelt elk in Oregon. Hunts for these animals can be acquired fairly regularly. However, when it comes to the other big game species within those states, the expense far outweighs the potential return.

Take a look at the example of the Utah and Colorado comparison. Then look at the cost of applying for other various states and cross reference that against how many years it will take you to draw a tag in that state and you will start to see which states you will have to continue to pump money into and struggle to ever get any hunts out of them versus the states that after you get a few years in you can start trading off species and put tags in your pocket almost every year. This will help narrow down what states make your list. Again, this is from a non-resident perspective for non-trophy hunts.

Add-on Species – Species that are not an applicant’s primary reason for applying in that state.

Add-on States – States that do not have a preference/bonus point system that can be added and subtracted from a person’s application portfolio without losing ground.

Payoff Species – Species that have quality hunts available to draw in under 5 years.