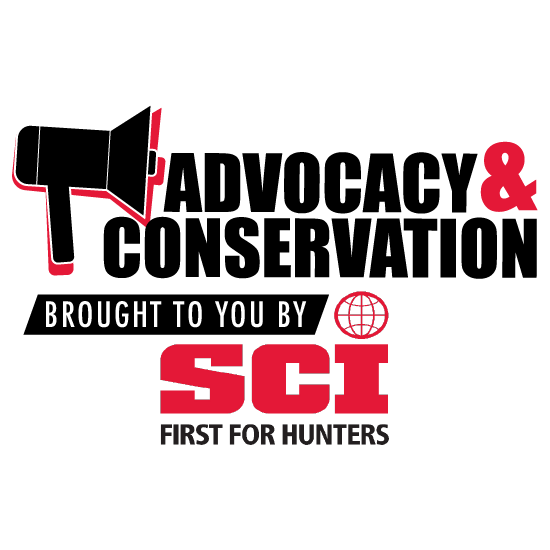 Recently, the U.S. Fish & Wildlife Services (USFWS) released its draft of the 2022-2023 Hunt-Fish Rule. Safari Club International (SCI) suppotrts the proposal to reduce the regulatory burden on the public by increasing access for hunters on federal lands and waters. Our organization, however, strongly opposes the agency’s proposal to phase out lead ammunition in National Wildlife Refuges throughout the country. The rule would also prohibit the use of lead fishing tackle and is a direct attack on the sporting community.

The USFWS has drafted a phaseout of lead ammunition and tackle on several National Wildlife Refuges, including Patoka River NWR, Blackwater, Canaan Valley, Chincoteague, Eastern Neck, Erie, Great Thicket, Patuxent Research, Rachel Carson, and Wallops Island. While hunters and anglers should celebrate the opening of 19 new NWRs to hunting and fishing opportunities, 11 include a phaseout of lead and the remaining 8 have immediately proposed to prohibit lead. Essentially, the USFWS has included a ban on lead in any new opened opportunities going forward. This is only the beginning of the phaseout, and efforts to ban lead will certainly not stop with these new opportunities.

Calls to ban lead ammunition are centered around habitat, species, and human health concerns. Despite claims by the USWFS, there is not enough scientific evidence to prove that hunting with lead ammunition can cause significant harm to habitat, animals, or the consumption of extracted meat. It certainly does not warrant a ban or phaseout from the federal government. Sportsmen and women are free to choose lead alternatives, but the choice of ammunition should remain with the individual.

The current science surrounding lead ammunition is shaky and in no way links lead ammunition use with widespread habitat or wildlife health concerns. Studies that do make this assumption have a multitude of issues surrounding data collection, faulty study methods, and even blatant discarding of evidence that does not fit the narrative. Additionally, lead in habitats comes from a multitude of sources, not solely lead ammunition. Anti-lead arguments frequently overlook the fact that lead ammunition is already banned for waterfowl hunting across the country, so lead introduced to the environment by hunters is relatively minimal. In fact, when California sought to address the problem of lead poisoning of condors, they imposed a lead ammunition ban. This ban failed to solve the problem and suggests that lead poisoning comes from other sources, such as construction supplies, not hunters and anglers. More information on this issue can be found at www.huntfortruth.org/science/scientific-opinions/.

Anti-lead advocates will argue that lead alternatives are readily available and just as cost-effective as lead. This is utterly false. Amid a continuing nationwide ammo shortage caused by ripple effects from the pandemic, supply chain issues, material shortages, and other causes, banning lead on federal lands will undoubtedly create cost barriers to access of these public lands. This will keep many sportsmen and women, especially new hunters and those without knowledge or financial means to acquire alternatives, from hunting across our country.

Traditional lead-based ammunition is easier and cheaper to manufacture and is therefore less costly than alternatives, helping hunting remain accessible and lowering the barrier to entry. In 2021, the Congressional Sportsmen Foundation conducted research into the price of lead ammo versus non-lead ammo in Maine amidst a state legislature debate over a lead-ammo ban bill. The result when sampling the ammunition calibers most popular among deer and bear hunters was that “non- lead ammunition was, on average, 59% more expensive than lead options.” Any attempt to restrict its use on public lands is simply another effort to whittle down the size of the hunting community – the backbone of wildlife conservation. Men and women across the country already face enough unnecessary barriers to hunting on top of rising prices for everything else in their lives, scarce and expensive ammunition should not be added to the list.

Making it more difficult to hunt through prohibiting lead ammunition or otherwise would also undermine the success of the Pittman-Robertson Act. This critically important law allocates millions of federal dollars from an excise tax on firearms, ammunition, and other sporting goods to all 50 states and territories for conservation efforts. Since its inception, the Pittman-Robertson Fund has allocated over $15 billion to state wildlife agencies, with nearly $1 billion generated in 2020 alone. With fewer hunters afield due to increased cost, federally supported maintenance and support projects for our public lands will be in unprecedented financial jeopardy.

It would also be unable to allocate ample resources towards hunting programs, causing inexperienced hunters to lose opportunities to participate in critical educational and safety programs.

“Safari Club International will continue fighting against misguided federal restrictions and regulations on lead that have no basis in science. We call on the U.S. Fish & Wildlife Service to remove this unwarranted poison pill from its latest Hunt- Fish rule before untold damage is done to the freedom to hunt and to the hunting community’s access to public lands,” said SCI CEO W. Laird Hamberlin.

The USFWS and anti-hunters must reconsider support for imposing a harsh ban on lead ammunition, which in the final analysis is a shortsighted attempt to shrink America’s hunting community. Sportsmen across the U.S. are critical to maintaining public lands and protecting wildlife, and we must defend their rights at all costs and reduce the unnecessary barriers to entry that they face each day.

SCI has recently launched the Big 5 Summer Series, which over the course of three separate weeks will cover the top five issues affecting the hunting community through panels, informative sessions, and testimony from the experts. Series Three covered the critical issues of traditional ammunition and No-Net-Loss. To learn more, view the materials, and participate in the series, please visit https://safariclub.org/big-five-series/. With our Washington, D.C. based headquarters, SCI is uniquely positioned to fight for the hunting community where it matters most.

This rule has the potential to affect hunters and conservation efforts across the country. As such, SCI needs your help now more than ever to fight against this attack on the hunting community. Through our Hunter Advocacy Action Center (HAAC), hunters and conservationists have the opportunity to make their voices heard. Currently, our petition stands up to this ill- founded proposed rule by sending letters of opposition to the Fish and Wildlife Service Director, Martha Williams. This is one of the most important and effective ways to take action as the federal government needs to hear from the people their rules will affect most. Take action today at https://act.safariclub.org/1orzntn.

As America’s foremost conservationists, it would be antithetical for the hunting community to allow dangerous pollutants to ravage an ecosystem or to support detrimental methods of take. The ultimate goal of these efforts is to chip away at the hunting community. Even more dedicated, however, is SCI’s advocacy team and our mission of standing First for Hunters. SCI will continue to fight against any attempt to limit our access to public lands, proven conservation methods, and the freedom to hunt.