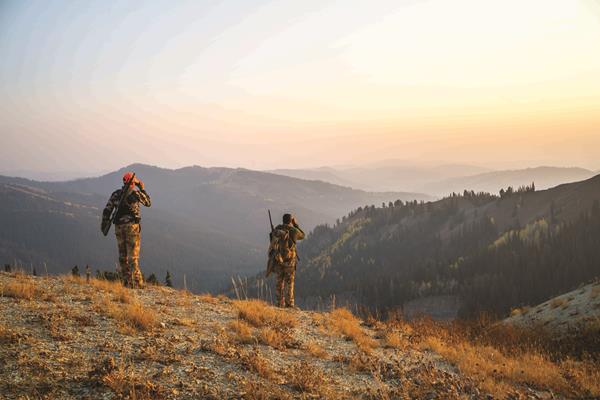 I was just reviewing my notes that I took the other night at the Game and Fish meeting and figured this was as good as any topic to write about for a Soapbox. I have attended more wildlife meetings in the last two years than I can count on all my fingers and toes. It seems like every week or two I am driving somewhere to a meeting or Zooming in to try and keep up with all the proposed changes for western hunting. Western big game hunting is definitely popular right now, and it seems like more people are applying for the same or fewer number of tags than in years past.

Quite possibly the biggest topic being debated right now is the distribution of tags between residents and non- residents. In my home state of Wyoming, for example, they finally gave in to the resident pressure and went to a 90/10 split for the big five, which includes bighorn sheep, moose, mountain goat, bison, and grizzly. This cuts the tags allocated to non-residents for these species by 50%-60% for the upcoming 2023 season. Where 45 bighorn sheep tags were awarded to non-residents in 2022, there will be approximately 18 tags given in 2023. For those non-residents who have been building and buying points for years and have thousands of dollars invested, it is simply a punch in the gut. Maybe residents should get 90% of tags issued or maybe non-residents should get more tags because they pay a lot more and it’s federal ground. There are many talking points for each side.

We could debate tag allocation all day long and into the night, but the most disturbing thing I have witnessed from all these meetings is the distaste that residents have for non-residents. Non- residents pay substantially more than residents for the exact same tags, and that is the way it should be, to a certain point. In some states, non-residents pay 90% more for a tag than a resident does. That seems a little extreme to me, no matter where you live. In many western states, non-resident tag sales account for 50% or more of the total revenue from tags sold. In Wyoming, it has exceeded 70% for several years. My point is that non-residents are paying their fair share and then some to hunt out of state, not to mention all the revenue they bring to small communities every fall. No one likes to show up at their favorite trailhead and see non-resident vehicles parked there. Hell, I don’t like to see resident vehicles, but we are all sportsmen trying to enjoy the outdoors with hopefully the same goal in mind. Remember, we are all non- residents somewhere, and if you have never hunted out of your home state, I think you should try it before you cast judgement. Sometimes you need to walk in someone else’s shoes to understand their side of things.

I have been a resident of Wyoming all 44 years of my life and have witnessed how hunting has changed here. From a non-resident being able to draw region G every year to now needing 10 points to get that tag, it’s unbelievable. Not too long ago, you could buy over-the-counter tags in Idaho during the hunting season as a non-resident. Those days are behind us as the OTC tags sell out within hours, if their website holds out.

Trying to get a tag as a non-resident has definitely gotten tougher and more expensive with no light at the end of the tunnel. It takes several years to draw a tag for a non-resident, which results in a large investment of time and money. With that in mind, let’s all try and be a little more friendly out on the mountain, myself included. There was a time I despised non-resident hunting in my stomping grounds and I thought I owned the country. As I have aged, I now understand the benefits that out- of-state hunters bring to states like Wyoming and that they are hunters like me. Next time you see that non-resident plate, say hello and maybe thank you for helping your home state economy. In the long run, we are all going to need each other to keep this tradition of hunting alive. There is enough opposition to our way of life, and we can’t afford to fight amongst ourselves.