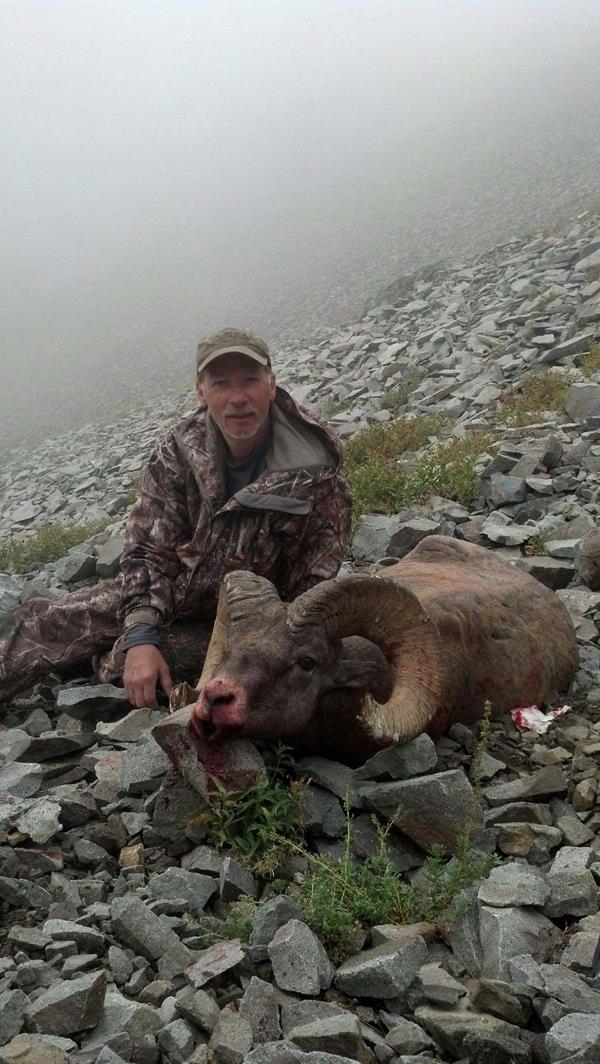 I was at work on May 10, 2016, checking the Wyoming Fish & Game website for the bighorn sheep draw results when I read “Successful.” I couldn’t believe it! After 18 years of applying, I had been drawn for a Wyoming sheep tag in unit 4. After several conversations with Justin Jarrett (JJ) with Wapiti Ridge Outfitters (WRO) and with recommendations from the staff at Huntin’ Fool, I booked my hunt for September 1st with WRO.

Understanding that these are physically demanding hunts, I decided in July to put in extra training (in addition to my normal conditioning) with some extra tough climbing. On one of these climbs, I ended up tearing my hamstring and spent the summer trying to rehab the injury while trying to maintain my conditioning. Crunch time came toward the end of August, and my injury was not completely healed. JJ assured me that I would be surprised at the amount of hard climbing his horses would do and that if I was 85% healed I would be fine. With encouragement from family and friends, I decided to continue with my hunt.

I met JJ and his wrangler in Cody, Wyoming two days before opening day, packed up, and rode into base camp. The next day found us cutting and weaving through and around tree windfalls as we packed high into our spike camp at the lower end of a beautiful alpine basin at the 9,600’ elevation.

Opening day found us riding between alpine lakes and small pine trees, watching bugling bull elk while hoping to locate a good ram. We rode the horses up narrow rocky ridges and across steep rock screes. I grew concerned that my leg might not hold up hiking and leading the horses back down to camp. We spent that first day glassing from various high points at around the 11,000’ elevation and finally spotted a group of rams. The largest of the rams JJ had estimated at 150" to 155” and suggested that we could do better.

The second day, we rode into a different area and spent time glassing from multiple high vantage points but only located a large herd of ewes with a few lambs, but no trophy rams. JJ shared his sheep hunting philosophy, "Slow and steady with patience”, which I took as great advice.

The third day was spent changing spike camp locations, allowing us to hunt a different drainage where his partner and guide, Lorenzo, had spotted a group of excellent rams. The weather turned nasty as it rained all night. The next morning, with rain gear and warm clothes, JJ, Lorenzo, and I ascended on horseback through drenched spruce and fir trees to a high rocky basin. The cloud ceiling kept getting closer with wisps of fog drifting in and out of the steep rock ridges.

Tying the horses up in a small group of alpine fir trees, we proceeded on foot climbing toward a high basin where the group of rams had been spotted several days prior. We spotted a mule deer buck and two does feeding to our left. Almost simultaneously, to our right we heard rocks falling from an incredibly steep rock ridge partially engulfed in fog. Finally, we spotted the group of 12 good rams near the ridgetop. Four of the rams crossed the top of the ridge, while the remaining eight rams stopped and stood on a rock bluff. They were mostly gazing back toward the mule deer and paying less attention to us. This allowed us time to settle behind some rocks in the meadow. The largest of the rams JJ estimated at 165"+ had heavy bases and was nicely broomed. We ranged the rams at 476 yards and debated the possibility of attempting a shot.

Lorenzo piped up, “Well, the gun can do it.”

After checking the ballistics I had taped to the side of my Outdoorsman 30-378 Weatherby, we decided to set up for a potential shot. The largest ram finally turned broadside. I held the crosshairs two inches below the top of his back and squeezed the trigger. A 150 grain Barnes OX bullet from Arizona Ammo sped toward its mark at 3,900 ft/sec. The ram dropped 200 yards off of its rocky perch and rolled another 100 yards down a steep rock scree. I couldn’t believe it! The feeling of harvesting a Rocky Mountain bighorn ram cannot be described. I had my trophy ram, and my leg had held up. Pictures and high fives followed.

Special thanks and appreciation for this awesome hunt goes to guides Justin Jarrett and Lorenzo with Wapiti Ridge Outfitters, his hard-working horses, Jake and Bear Trap, and to family and friends. Lastly, thanks to the Lord alone who gave me the opportunity to hunt and harvest such a majestic animal.