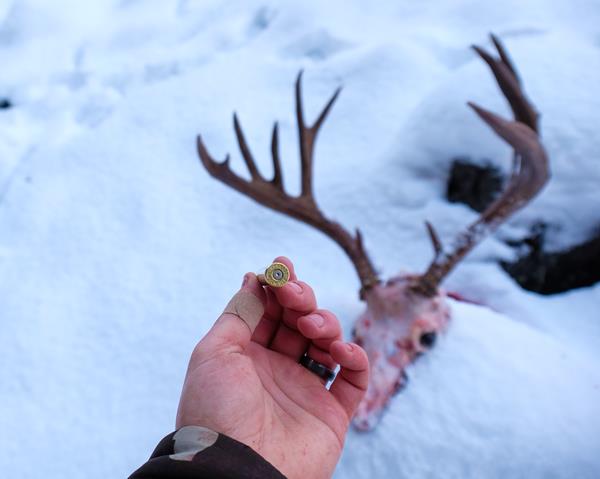 With the advancement in today’s technology in modern firearms, a 1,000-yard shot is not something that is just whispered about, it is a shot that almost anyone can achieve with the correct setup. You have to have a proper rifle platform that is capable of the shot, but more importantly, you must have a bullet and load that is capable of being consistent through every shot.

Years ago, the only way to achieve accuracy on every shot was by loading your own rounds. Occasionally, you would find a factory or custom rifle that would shoot factory ammo with groups that were sub “minute of angle.” For reference, an “MOA” measurement is one inch at 100 yards and increases by one inch each hundred yards beyond that. Therefore, one MOA at 700 yards would equal seven inches. The more accurate a load is, the better group it will produce. Anyone who is serious about their rifle setup strives to have their gun shoot a sub MOA group at almost any distance.

There are pros and cons to factory ammo and custom loads, but both will get the job done. How much free time you have to reload and how particular you are about how your gun shoots are the biggest factors guys consider before deciding what they want to shoot. Below is a breakdown of what I look at as pros and cons to both.

You can buy good factory ammo just about anywhere.

Factory ammo can be bought from a wide range of stores or online. If you are on a hunt and run out of ammo, there is a good chance the nearest sporting goods store will have what you are looking for. However, from past experience, if I find factory ammo that shoots well, I stock up on it.

You don’t have to spend time reloading.

If your life is already busy, then reloading isn’t something I would recommend. It can take a lot of time to develop a load for your gun and load enough rounds to last you a season. I usually find time in the evenings to work up loads for my guns. I break it down into steps, and sometimes it takes me a week or two to load a couple boxes.

It typically shoots accurately out to 500 yards.

I have had good luck shooting factory ammo out to 500 yards accurately. I have one gun that shoots factory Hornady Precision Hunter ammo accurately out to 1,000 yards. With a higher spread in each round’s velocity in factory ammo, you will notice that once you start reaching long distance, your groups will start to open up quite a bit.

You don’t get to tweak the load to what your gun shoots best.

When you buy factory ammo, you are relying on the manufacturer’s load. Sometimes you will notice rounds that have more or less powder than others and you will see a “flyer” in your groups. You are also dealing with the bullets being set to a standard depth, and some guns might shoot better with bullets that are set to a different depth than factory.

With higher extreme spreads in velocity, it makes it hard to shoot accurately at long range.

With factory loads that aren’t 100% consistent, you will start to notice it more the further you shoot. If your groups are one inch at 100 yards, that is fine, but that will equate to a ten-inch group at 1,000 yards. That is still in the kill zone of most big game animals, but you can typically improve that group with handloads.

The ammunition you are looking for might be out of stock.

More than once, I have gone to the store to buy ammo and not found what I am looking for. When a manufacturer comes out with a popular round, a lot of guys buy it in bulk and the supplier can’t keep up with the demand. You can always try to look online as it gives you more options to purchase it, but you end up paying more per box with the shipping cost.

You get to handle every round, so you know they are exactly the same.

When you reload, you get to spend time accurately loading every round to be the exact same. It also gives you insight on bullet performance and speed and gives you the ability to change your load for different scenarios.

It tends to be more accurate at long range.

From my experience, handloads are more accurate at long range. When you develop a load and can make each round exactly like the one before it, your bullets shoot close to the same velocity with each shot. With this consistency, it will result in tighter groups at long range.

You have more bullet options to choose from.

One big advantage to handloading is being able to choose the bullet you want to shoot. Most manufacturers make heavier grain bullets that aren’t loaded in factory ammunition. This allows you to buy several different bullet weights to decide on what shoots the best for various situations.

You have to have time to reload.

Reloading takes a lot of time and dedication. You first have to go through and work up a load that shoots well. This can be very frustrating, and you have to tweak the amount of powder and bullet depth to find the right combination that shoots well. Once you have that dialed in, the process of loading 100 rounds will sometimes take a couple weeks with limited time.

There are multiple components you will need to buy just to be able to load. On top of that, you will most likely need to buy several types of powder and bullets to find what shoots best. You will also need to purchase a chronograph in order to read the velocity of each shot.

You have to take responsibility for any mishaps.

If you reload long enough, eventually you are going to end up with a few mistakes. For example, if you happened to load too much powder in a case, it could result in a dangerous situation that could lead to someone getting hurt. On the other hand, if you load rounds without putting any powder in, you end up with a “dud.” These mistakes don’t happen often, but they will happen at some point.

These are just some of the things I would consider before making a decision. However, if you are looking to get your gun to shoot as well as possible but you do not want to reload, there are dozens of companies that can make a custom handload specifically for your gun and load the rounds for you. There are also companies, like Choice Ammunition, that sell boxed handloaded ammunition that shoots very well out of most guns. If you have any questions or would like our recommendations on what to do, give us a call.