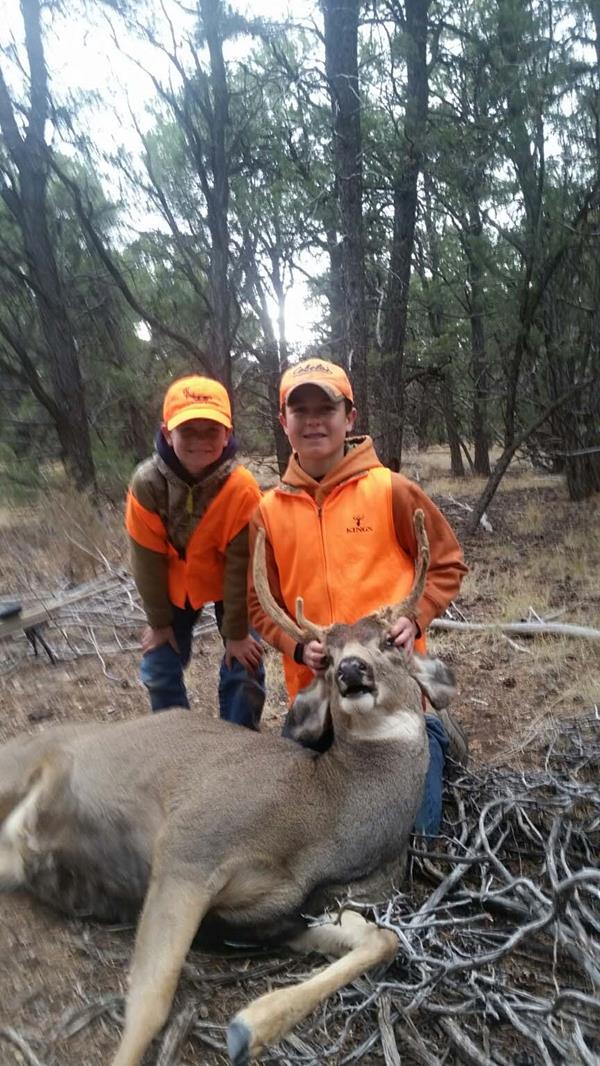 When it came to harvesting my first mule deer, I was all in. I didn't care if it was a trophy or not, I just wanted to shoot a deer with my dad.

It was only opening day, and I had no intention on passing anything up. After a long, slow, cold morning of still hunting, we came to a stop and I assumed my dad had to text the guys where we were in case they booted anything our way. Then I noticed what he was looking at. There was a little buck about 55 yards away. Dad asked me what I wanted to do, and I wanted to say, “What do you mean what do I want to do? I want to shoot him.”

After I decided I was going to shoot the buck, I started to crawl up to a log to rest on. Dad handed the phone to Jake to video. I turned around to ask my dad a question about a small bush in front of the buck's chest. Right as I went back into the scope, the buck stood up. I shot and dropped him right then and there.

As we came up to the buck, was saw that he had flipped over backward. We were so dang happy. This was my first mule deer hunt and my most memorable.