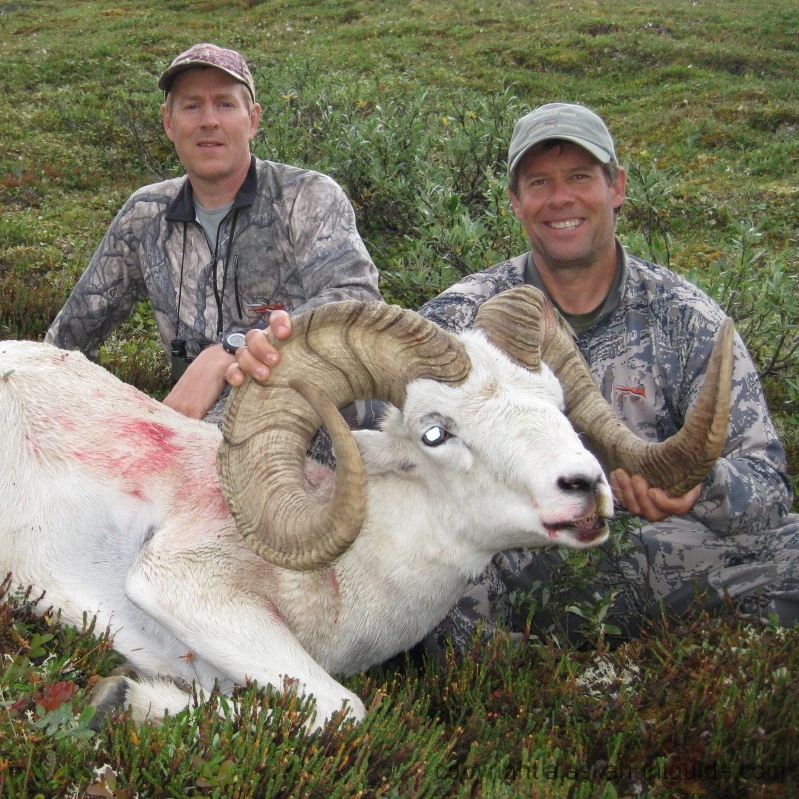 Hunt Dall sheep within a vast exclusive guide area in the Arctic National Wildlife Refuge with this longtime Alaskan outfitter. Past clients have enjoyed a high success rate on rams in the 36-40 class. These hunts are backpack style originating from remote drop-off locations in prime sheep country. Hunters must be willing and able to handle a fairly heavy pack. Hunters who are prepared to do what it takes can be rewarded with the experience-of-a-lifetime.

Many hunters consider the Dall sheep to be the ultimate North American big game trophy. This outfitter's Brooks Range hunting areas offer breathtaking scenery and unsurpassed wilderness qualities along with high densities of trophy class Dall rams. Due to its remote nature, the Brooks receives much less hunting pressure than other mountain ranges in Alaska, which has resulted in many of the state’s largest rams taken in recent years. Typical horn lengths of the rams in this area range from 36" to 39" with some reaching 40" and beyond.

These are backpack style hunts originating from remote drop-off locations near prime sheep habitat. Occasionally, rams can be taken right from these initial base camps. However, in most cases, they travel throughout the surrounding country, camping at various locations along the way until rams are located. Despite utilizing the highest quality lightweight gear and freeze-dried foods, packs can still be quite heavy. Hunters must be willing and able to share part of this load in addition to their own personal gear. This applies to the meat, cape, and horns on the return trip as well.