What I Love Most 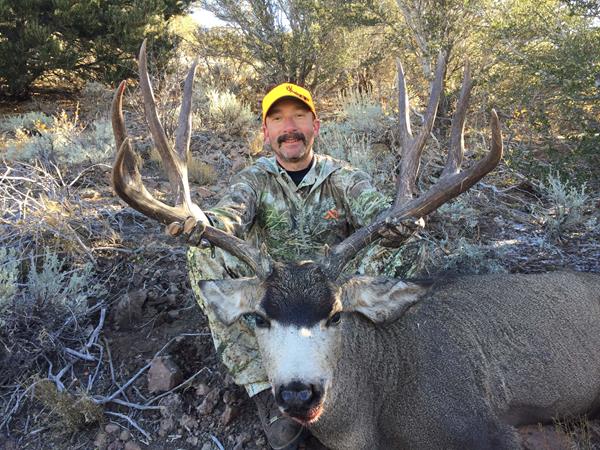 After I discussed with several Huntin’ Fool members about how to proceed on my Wyoming unit 20 moose hunt, I made a preliminary plan. With my vacation not starting until after the first week of October, I would already be three weeks into the season before I arrived. I would be starting this hunt by myself since friends and family had to work. From talking to others, I thought I would be able to find an outfitter that would be willing to pack out an animal. Eventually, I found one. However, if they were busy with a client that day, I was out of luck.

For the first few days in Wyoming, I covered country, verifying advice. I found several bulls in the mid to upper 30" wide range but nothing 40"+. A friend of my family, Casey Nick, came up to Wyoming after the sixth day of my hunt. He only had three days to help out. Unfortunately, the first day was so windy that nothing was moving. On the second day, we had six inches of fresh snow, but it was still so windy that nothing was moving. It was clear on the third and final day that I would have help, and six inches of snow was still on the ground and there was no wind. We immediately started seeing deer, elk, and moose at first light. We split up to cover more area, and Casey spotted what he thought was a shooter bull. I hurried to his location, and upon seeing a glimpse of the bull, I knew we needed a better look.

Knowing the bull could just wander off, like I had seen many others do, we raced as fast and as quietly as my gimpy knee would allow. Running when possible, it felt great knowing that when it was “go time” my knee could still make it happen. I looked the bull over with the knowledge that this was my last day of help. I decided he was definitely a shooter. The closest we could get was 430 yards. The bull thought he was hidden behind a small, lone pine. He gave me time to set up prone, and after 10 minutes, he walked out from behind the tree. When he stopped, I put a 6.5 bullet directly through both lungs where it exited out the far side. He was hurting bad, but I finished him with a couple more bullets to his neck.

Casey carried 100-pound loads of boned out meat to the truck while my knife and I fought to keep up with him. My knee and I were thankful for Casey. I could not have gotten the whole moose out in a day, or even two days, by myself.

For the best odds at a 40"+ wide bull, go with an outfitter. A hunt for a mid to upper 30" bull is extremely doable without an outfitter, though. Thank you to the Huntin’ Fool members who spent a lot of time helping me with this hunt.

I returned home with the moose meat and immediately gathered things up for a general season mule deer hunt in Utah. Every few years, we draw this tag for a family hunt. My dad, Terry, my three sons, Chad Jr., Jake, and Levi, my friends, Casey Nick and Brandon Spain, and I all had tags. We had a good plan set for opening morning. We were in place at first light with all of the anticipation that comes along with that. At first legal light, Levi worked toward a saddle and I saw several deer filter through it. I was thoroughly glassing the canyon my dad and I were watching when I saw a big-bodied deer. He was moving up the ridge to my left. I told my dad that I was preparing for a shot.

My dad questioned, “Is he legal?”

I told him the deer’s body was telling me he was legal. Sitting up on my shooting sticks, I had my back against a small tree for support. With my scope on 20 power, I could see a solid four points per side. The buck was a step from entering thick junipers when I let the bullet go. I heard it hit, making a loud thump. By the time I recovered from the shot, the buck was nowhere to be seen. I watched the area without seeing any movement. I climbed the ridge up to where I thought I had last seen him. Chad Jr. came from the backside and over the top to help me look with no sign of a hit. I ranged back down to where I had shot from and we were too far up. Casey and Brandon joined us, and we moved down to a lower set of junipers. With the correct range back down, we spread out. As soon as we started moving, I heard whooping and hollering. With a solid hit in the ribs, the bullet had come to rest in the hide on the far side. The buck had only made it 20 yards into the junipers. Unfortunately, he had broken off what would have been a great cheater on his left side.

Who doesn’t love a heavy, dark-antlered buck? You don’t see bucks like this on general season hunts very often. Casey stayed behind to help me quarter up the buck. He was determined to test out his pack by taking the whole buck by himself in one load. The weight of his pack was at least 150 lbs. He made it all the way to the truck, with some discomfort.

The rest of the hunt was good, with most of our group tagging out. The hunts with family and friends are special in ways that hard-to-draw solo hunts just can’t compare to. Thank you to all who make it possible for me to do what I love most!