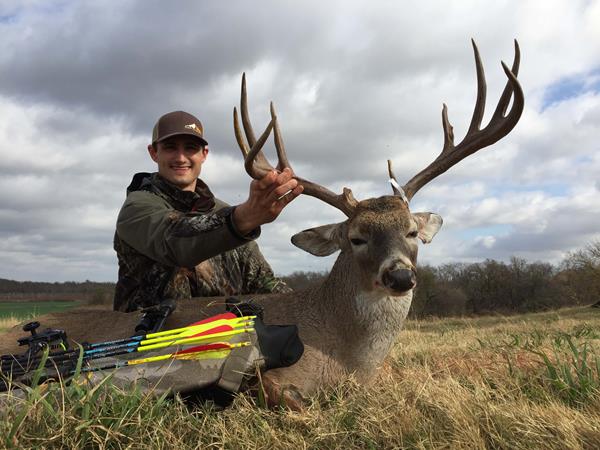 As a public land bowhunter who depends on draw opportunities, I watch the mailbox relentlessly for good news. The news arrived this year from multiple draw-only public lands. However, the one I was most excited about came from a National Wildlife Refuge renowned for quality whitetails. I had drawn the second of three hunt segments - three days in mid-November at the peak of the rut. After the required bowhunter education course, passing a shooting proficiency exam, and accumulating enough bonus points to draw, I was elated, to say the least.

My scouting took place over three separate days in July. I scoured each unit available, looking for the best funnels, pinch points, and travel routes I could find. I knew I wanted to be on a whitetail highway that would give me the greatest odds of catching a bruiser chasing or cruising.

With a plans A, B, and C in hand, I arrived for the hunt orientation and stand-hanging day, the Thursday just before the three-day hunt. Each hunter could only hang one stand, and it was first-come, first-served. When the property gates opened at 9 a.m., I pedaled my mountain bike as hard as I could with stand and sticks strapped to my back. I beat another hunter headed to my exact same spot by less than a minute. My victory quickly spoiled, however, when the other hunter chose to hang his stand only 100 yards from mine. To make the most of the situation, I introduced myself and the two of us connected and made a plan to approach our location together the next morning for the hunt.

Although three deer passed below me before daylight the following morning, by 7:30 a.m., I had not seen a deer in daylight. It was a hot and balmy 72 degrees and windy from the south. I did not expect much action. Yet, things changed drastically when I completed a sequence of estrous doe bleats. A buck exploded from the brush directly behind me. I barely had time to grab my bow before the buck was directly to my left at 20 yards. He paused behind a large bodark tree, giving me the perfect opportunity to draw. Three steps later, he was in the clear, and when he heard me bleat, he paused, looking directly at me. As he faced my direction, I could tell he was the kind of buck I was looking for. I slowly raised the pin to his chest and squeezed the trigger of my release. The buck plowed right to my tree, turned left to dive 10 feet into the creek below, scaled the bank on the other side, and expired seconds later 30 yards from my tree. I still did not know exactly what I had just shot.

When I walked up to the buck, I was overwhelmed. The chocolate horned 10-pointer was the best buck I had ever taken with my bow and I had done it on public land. The hunter 100 yards from me not only witnessed the whole thing, he also took photos and helped me drag the bruiser out. He was as ecstatic as I was!

The mid-November woods are a special place for a whitetail hunter. The fact that I experienced a piece of it on public ground made it that much better. I am so grateful for our public lands, all those who steward them, and the Creator who made them.