North of the Unknown: A Lesson in Adaptation 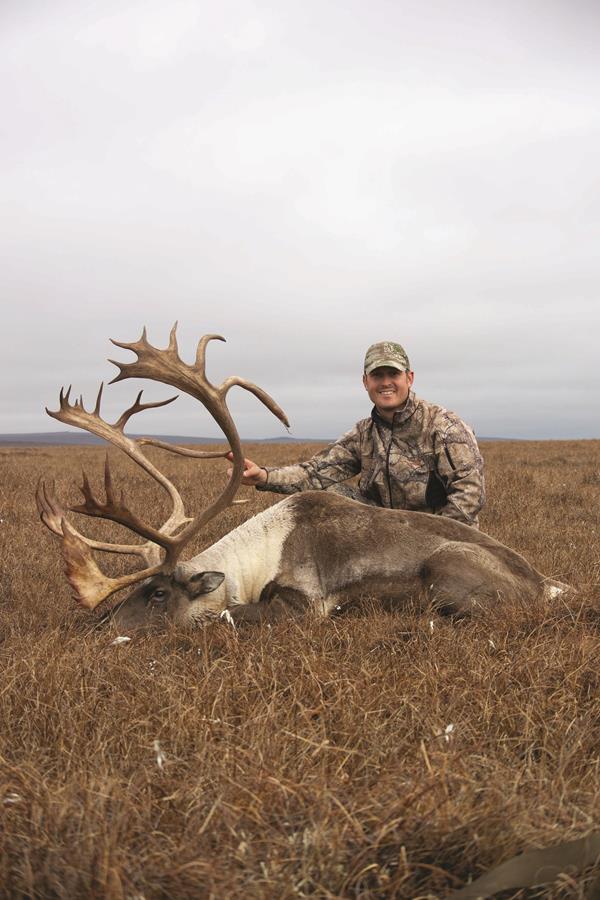 By early summer, most of us have our fall hunt schedule planned. This spring seemed odd in so many ways. While COVID rolled through the West and the country struggled in a state of civil and political unrest, I looked at the fall hunt schedule in despair. I was unsuccessful in all state draws, regardless of my aggressive application strategy. I was left desperately combing through over-the-counter hunts.

One afternoon, I was complaining to my wife about my bleak hunt schedule. She simply recommended hunting caribou in Alaska. Tags can easily be purchased online. Often, the best “hunt consultant” is my wife. Amanda has listened to me talk about my dream hunts for years. One of these bucket list hunts was for Arctic caribou. Could I organize an unguided caribou hunt in two months? Why not try?

I remember reading an article in the Huntin’ Fool magazine by Garth Jenson about planning a similar hunt. After an hour conservation with Garth, I felt really encouraged. Later, Isaiah Joner sent me a list of charter services. I contacted these and a few others, totaling eight. Most flight services said they were booked up. Hands down, the best communicator and knowledgeable pilot was Jared Cummings of Golden Eagle Outfitters. He asked what days I could hunt. I told him my days were very flexible, I just wanted the best hunt experience. He recommended the third week of September. I secured a nine-day hunt.

Little convincing was needed to persuade my good friend, Nathan Robertson, to join. We have been on several backpacking mountain type hunts together. It’s always good to share camp with a highly skilled and experienced hunter.

The next couple of months flew by as I prepared for the hunt by listening to caribou podcasts, reading articles, downloading maps, talking to caribou hunters, and scouring over as many pictures as possible. I felt prepared.
Alaska Air decided to shuffle flight times and limit flights throughout Alaska, forcing us to change flight times, taking red eye flights and arriving in Kotzebue midday. There was no guarantee Jared could fly us into the field that same day. We were prepared to wait in town a few days if needed. After arriving in Kotzebue, the wait was short. The sky was blue, and the visibility was great. This was the last leg of our many flights. We were loaded up and in the air.
After a couple hours in the air, we approached our desired landing strip on the edge of a large river. We circled the runway and made six attempts to land. With high crosswinds, it wasn’t going to happen. Jared throttled further upriver about 20 miles and landed on a larger runway. Camped near the landing strip was a hunting group waiting for pickup. This group of five hunters had two rafts. We asked this group if we could rent one raft to float down into the area we desired. Just like that, our drop camp hunt turned into a float hunt.

Before leaving us, Jared gave me coordinates 45 miles downriver where he would pick us up in nine days. When the plane left, there was an empty, overwhelming feeling. Just the two of us in wild Alaska. Strangely, we both felt familiar with the task at hand.

Using the raft was a game changer and served as a critical component in our success. Gauging waterflow was the difficult part. We didn’t want to float too fast through the caribou or have 30 miles to go the last day. Our hunt strategy was simple. We would move slowly downstream, stopping often if there was a good glassing spot.

The first couple days, we were ambitious, hiking too far. The Arctic landscape consists of giant rolling hills with swampy tussocks. It quickly proved an exercise in futility to look over the next hill. We decided to hunt closer to the river corridor where the caribou seemed to be condensed. To add insult to injury, the first three days were foggy in the morning with rain in the afternoon. Despite the weather, we still saw 25-75 caribou per day.

Day three, we rounded a bend in the river and spotted four bulls climbing the riverbank. Trying to be inconspicuous, we beached the raft and glassed up the bulls. Judging caribou proved to be difficult. Considering the frame, tops, bezes, and shovels, there is just so much to evaluate. One bull stood out above the rest. He was easy to identify with velvet hanging from his tops. Nathan was pretty convinced he wanted to shoot this bull. The group was moving downriver, away and finally out of sight. We got back in the raft and continued downstream. Maybe we would relocate this velvet bull. After a few hours, we spotted a group of eight bulls near the riverbank a mile downstream. We paddled quickly to take a closer look. The velvet bull was bedded with seven others in a small patch of willows, giving us time to approach. We closed the distance to 400 yards, setting the spotting scope to judge them closely. Nathan decided to take him. After a few hard days of hunting, the first caribou was down.

We stayed two nights in this spot, taking time packing out Nathan’s caribou and stalking caribou as they migrated through. The weather was fantastic with mild wind and blue skies with freezing temperatures at night. Up to this point, we had seen several hundred caribou and stalked within 35 yards on lesser bulls.

The morning of day five, I spotted a larger group of 80 strong migrating slowly downriver. The river was flowing at about 4-5 miles per hour. If we paddled hard, we could catch them. After a couple hours on the river, we crept up and over the bank and were right on top of the herd. Some cows were within 50 yards. There were several great bulls in this group. The cows busted us and gathered up the entire herd and moved into a basin a mile downriver. Back in the raft. This time, we were more careful. A mile downriver, we beached and circled around downwind to create a bluff. Now we could see the entire group of 80. The cows and lesser bulls seemed scattered with the larger bulls gathered up at 380 yards. The bulls were relaxed with some bedded. We had time. Nathan and I set up the spotting scope to evaluate each bull. There was one bull that had long, back sweeping tines. He had it all. I switched gears, grabbed the gun, and started crawling forward, half belly crawling and half swimming. The terrain was flat without cover through swampy tundra. I only made it 80 yards before the bulls started to move. The bull I wanted and two others started to walk right at me. I waited as long as possible. Finally, the bull turned broadside at 135 yards. The last few days were spent moving downriver as the temperatures dropped and wind increased. The river moved slower as the ice bult up. I messaged Jared through my In-Reach that we were ready to for pickup.

It’s hard to be overprepared for Alaska’s unknown with variable weather, unpredictable situations, and random animal movement. One must learn to adapt for success.